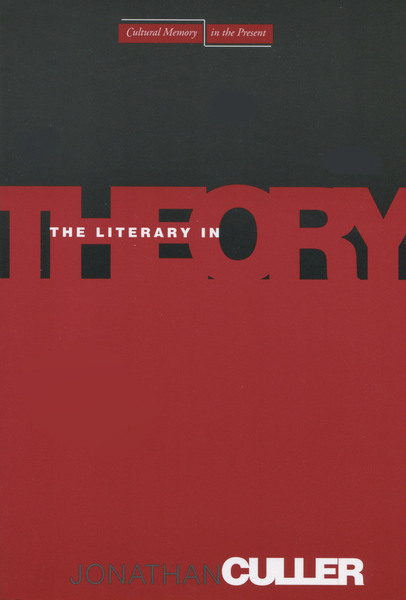 The Literary in Theory
Jonathan Culler
SERIES: Cultural Memory in the Present

Has theory neglected literature? Often literary and cultural theory, which goes by the nickname "Theory," has seemed to be the theory of everything except literature: theory of language, of sexuality, of history, of the body, of the psyche, of meaning (or meaninglessness), of politics, but not theory of literature.

In this timely and wide-ranging book, Jonathan Culler, whose lucid analyses of structuralism, semiotics, and deconstruction have been prized by generations of readers, explores the place of the literary in theory. If theory has sometimes neglected literature, the literary has, Culler argues, retained a crucial if misunderstood role. Culler's account of the fortunes of the literary in theory, of the resistance to theory, and of key theoretical concepts—text, sign, interpretation, performative, and omniscience—provides valuable insight into today's theoretical debates; and his analysis of various disciplinary practices explores the possibilities of theory for the present and the future.

Jonathan Culler is the Class of 1916 Professor of English and Comparative Literature at Cornell University and one of the most influential literary critics in North America. His works include Flaubert: The Uses of Uncertainty (1974), and Literary Theory: A Very Short Introduction (1997). He also co-edited Just Being Difficult? Academic Writing in the Public Arena (Stanford University Press, 2003).

"In this wide-ranging study, Jonathan Culler gives us an engaging overview of the interdependency of 'literature' and 'theory' that configures the contemporary academic scene . . . I love this book, and highly recommend it to anyone interested in the literary and theoretical landscape of contemporary academia."

"The Literary in Theory takes up questions that have been basic to the enterprise known as 'theory' with a fine mix of historical awareness, lively critical sense, and thoughtful advocacy. Culler's vision of literary studies is inclusive and cumulative: it reminds us that 'learning' is both a noun and a verb, both a result and a process. Is theory dead? This book shows that it has a pulse and a sense of humor."

"[Jonathan Culler's] ultimate aim, as his title suggests, is to make his readers aware of the literary (i.e., the special self-reflexive, questioning, skeptical attitude and practice which seeks to understand the conditions of its own possibility) within theory or Theory, which is an interdisciplinary undertaking informed by this attitude or practice. I would recommend this book to teachers and to students of literature for its clarity, excellent analyses and exemplifications, as well as for its critical attitude, in the sense of critique, of central issues confronting the humanities today." 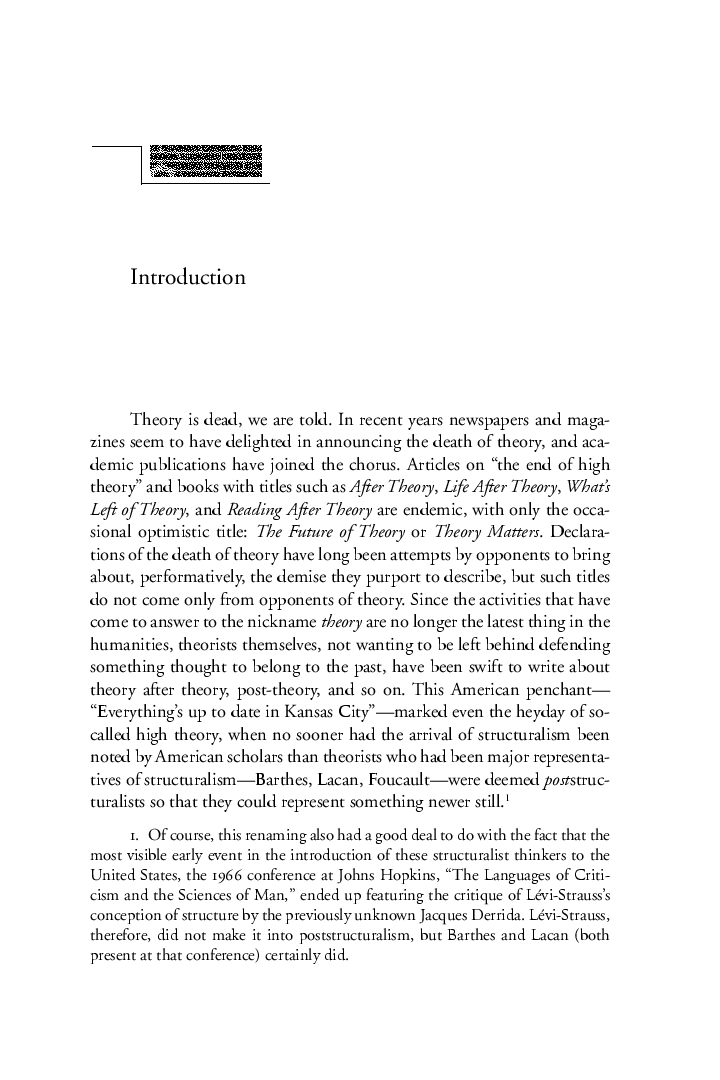 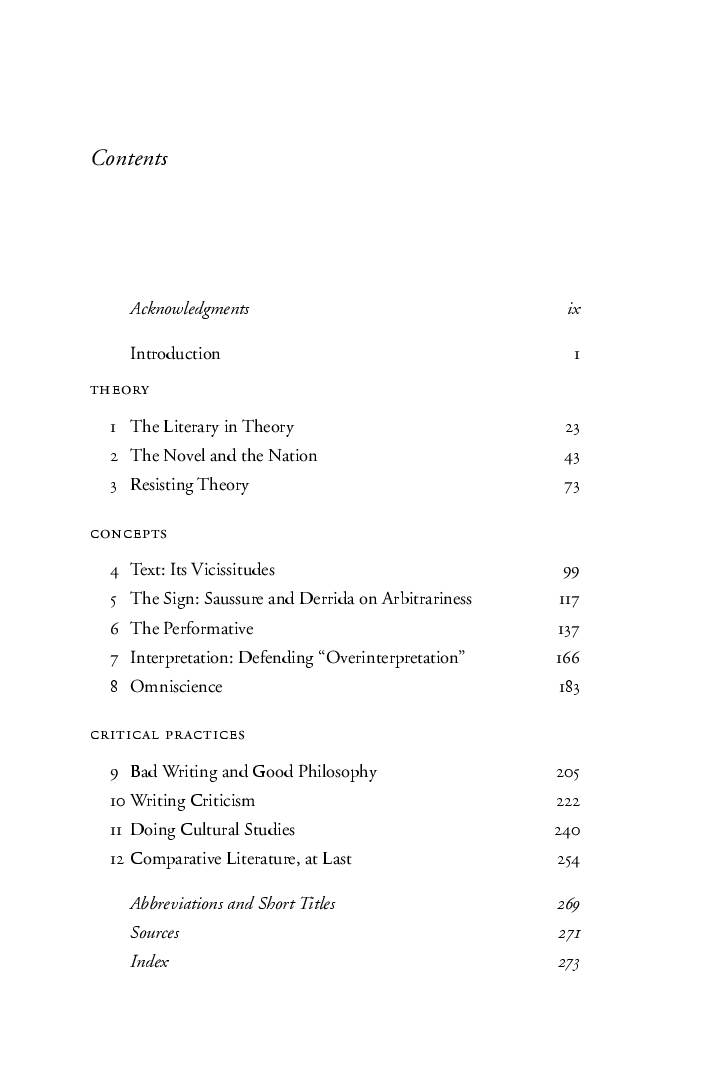