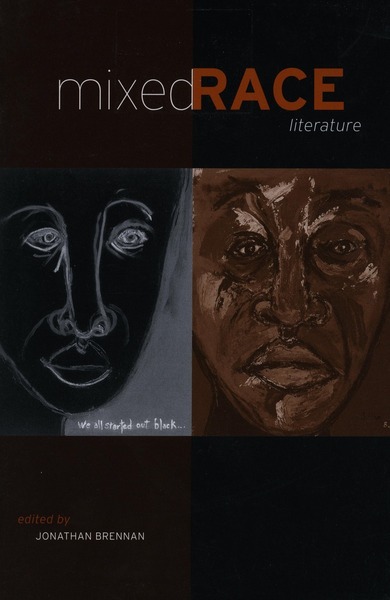 This collection presents the first scholarly attempt to map the rapidly emerging field of mixed-race literature, defined as texts written by authors who represent multiple cultural and literary traditions—African-European, Native-European, Eurasian, African-Asian, and Native-African American. It not only allows scholars to engage a wide variety of mixed race literatures and critical approaches, but also to situate these literatures in relation to contemporary fields of literary inquiry.

The editor’s introduction provides a historical context for the development of mixed-race identity and literature, summarizing existing scholarship on the subject, interrogating the social construction of race and mixed race, and arguing for a literary (rather than literal) inquiry into mixed-race texts.

The essays examine such subjects as mythmaking and interpreting; the illustration of mixed-race texts; the mixed-race drama of Velina Hasu Houston; race, gender, and transnational spaces; the meaning and negotiation of identity; the theory of kin-aesthetic in Asian-Native American literatures; and Maori-Pakeha mixed-race writing in New Zealand.

The editor’s conclusion argues that rather than following the tragic employment assigned to mulattos, octoroons, and half-bloods, the evolution of mixed-race texts has been from tragedy to trickster. The role of the tragic trickster facilitates a shift in which new and distinct literary strategies and forms emerge. These models represent critical sites from which to theorize the overall formation of American literature and to complicate its formation in ways that unfold our usual notions of race, gender, and culture.

"The volume begins the important work of deconstructing the segregation of literary value in US arts and letters. Imperative reading for all students and scholars of American literature."

"Brennan's transnational collection is an unflinching contribution that urges scholarship to break from neatly demarcated binaries and either-or approaches to multiracial literature."