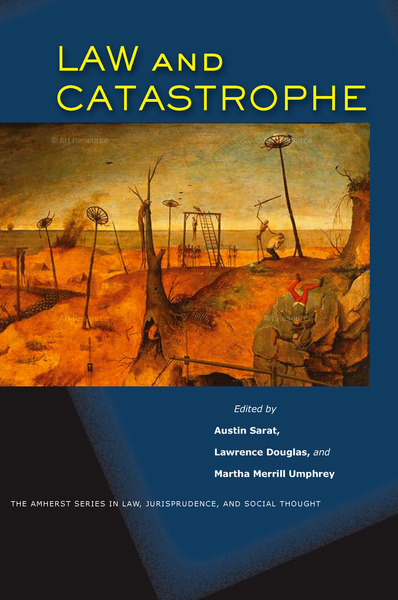 The study of catastrophe is a growth industry. Today, cosmologists scan the heavens for asteroids of the kind that smashed into earth some ninety million years ago, leading to the swift extinction of the dinosaurs. Climatologists create elaborate models of the chaotic weather and vast flooding that will result from the continued buildup of greenhouse gases in the planet's atmosphere. Terrorist experts and homeland security consultants struggle to prepare for a wide range of possible biological, chemical, and radiological attacks: aerated small pox virus spread by a crop duster, botulism dumped into an urban reservoir, a dirty bomb detonated in a city center.

Yet, strangely, law's role in the definition, identification, prevention, and amelioration of catastrophe has been largely neglected. The relationship between law and other limiting conditions—such as states of emergency—has been the subject of rich and growing literature. By contrast, little has been written about law and catastrophe. In devoting a volume to the subject, the essays' authors sketch the contours of a relatively fresh, yet crucial, terrain of inquiry. Law and Catastrophe begins the work of developing a jurisprudence of catastrophe.

"Law and Catastrophe is an edited collection that explores this inextricable and symbiotic relationship between these two concepts in the short span of five chapters. It presents to the reader a witty and often engaging group of literary essays that dissect various guises of how law and catastrophe interpenetrate."

"Law and Castastrophe offers a diverse and fascinating set of essays. There has never been a more urgent need for such a work on catastrophe and law."

"This cogent work is based on the insight that, even when it proves itself palpably unable to deal with catastrophe, law can yet reassert itself, reproducing the bases of its authority over and over again. Indeed, this very act of reassertion is revealed to be the basis of legal authority itself. This book is a must read for any scholar interested in seeing the performance of law when its veneer of total control and stability have been stripped away." 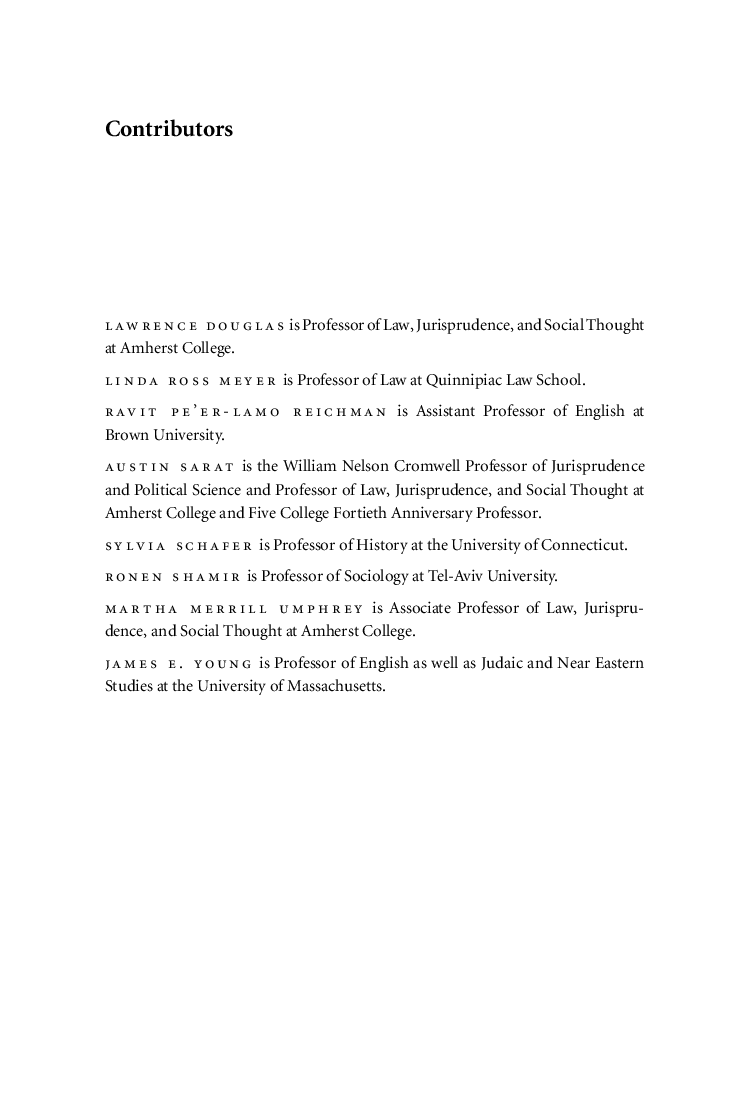 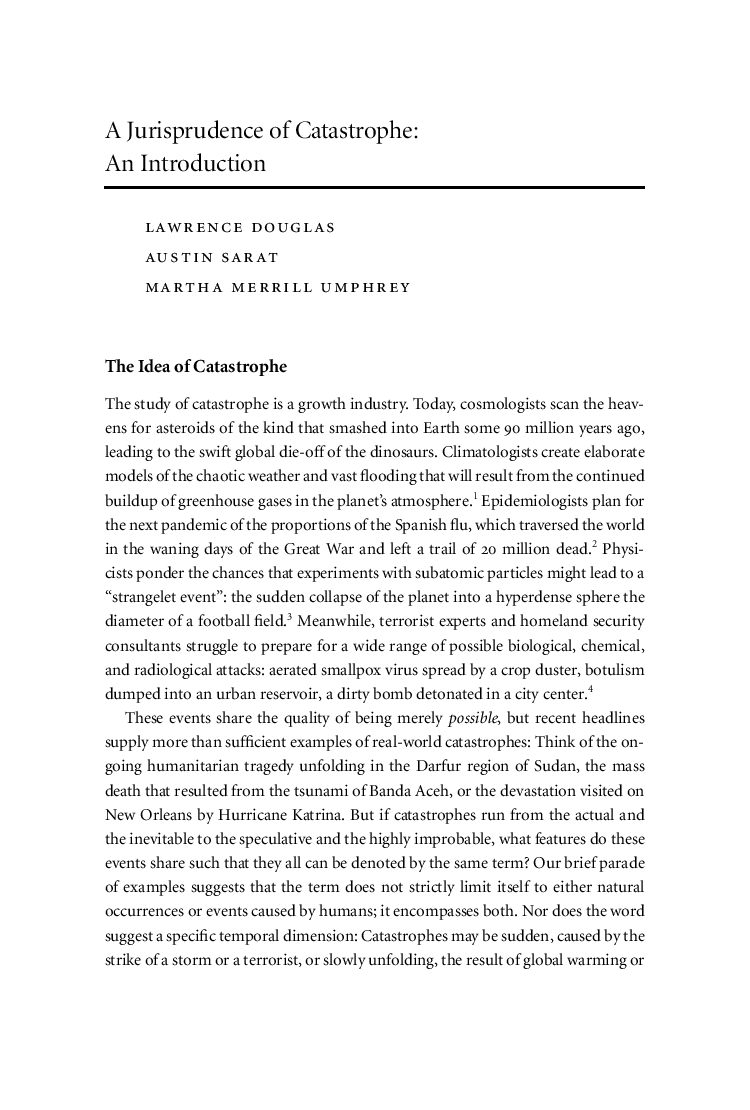 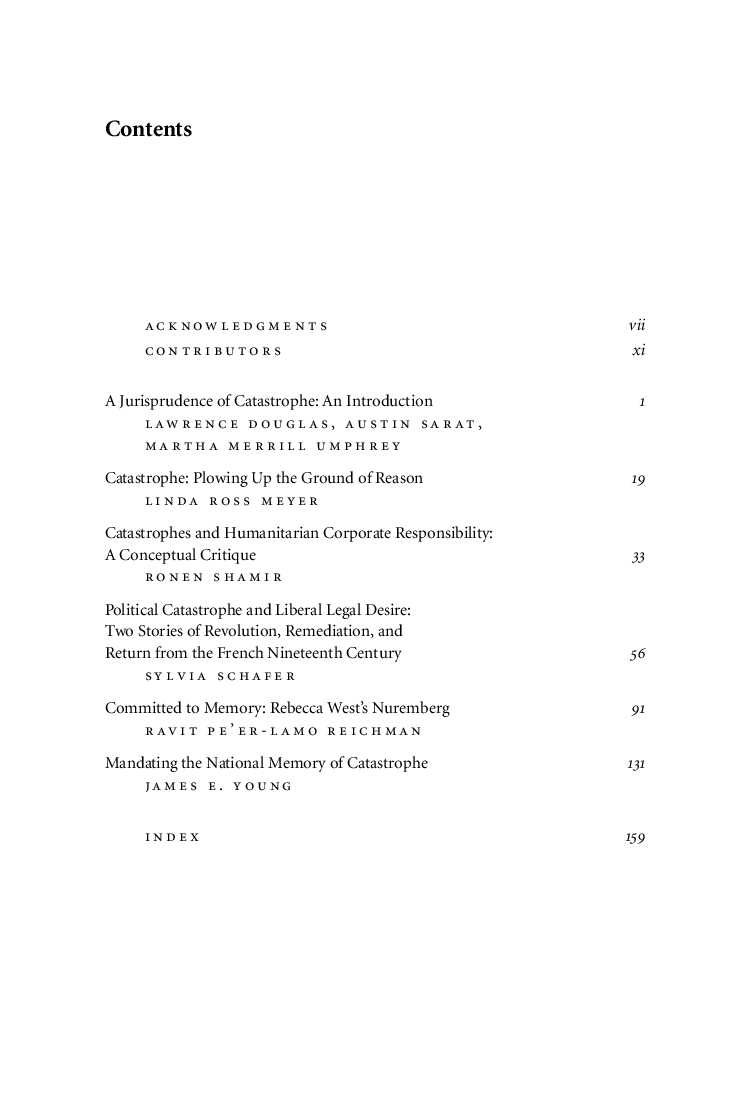