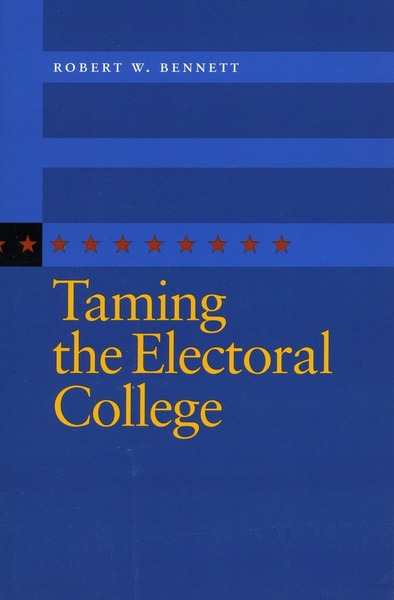 Taming the Electoral College explores poorly understood aspects of the electoral college, including two possibilities in particular that could pose the most serious danger for American democracy. These are, first, determination of the president by "faithless electors" who ignore the popular vote in their states, and, second, choice of the president in the House of Representatives, which is required if no electoral college majority votes in favor of a single candidate. In any given election, neither of these outcomes is likely, but the 2000 election showed that we would do well to take both of them seriously and take action now to prevent them from occurring. Both possibilities could be dealt with by constitutional amendment, but amendment is difficult to achieve, particularly as it bears on the electoral college process. This engaging book instead offers nonconstitutional solutions to the two possibilities, as well as to a variety of other problems that lurk in the shadows of the electoral college process. It also offers a way to work toward popular election of the president without a constitutional amendment.

Robert W. Bennett is the Nathaniel L. Nathanson Professor of Law and former Dean of the School of Law at Northwestern University. He is the author of Talking It Through: Puzzles of American Democracy (2002).

"This well-timed book will appeal to experts as well as to members of the general public who are looking for a nuanced picture of Electoral College reform."

"The electoral college is a disaster waiting to happen. But the brief interest kindled by the 2000 election, in which the electors chose a president who lost in the popular vote, dissipated in the face of 9/11 and other matters of more immediate concern. Without downplaying the importance of wholesale reform, Robert Bennett, a distinguished constitutional scholar, argues lucidly and persuasively that incremental changes could avert major crises, such as subversion of the democratic process by 'faithless electors' who do not adhere to their mandates."

"Robert Bennett lucidly unveils the many complexities of a familiar but largely unknown institution in American life. The Electoral College is at once a process, a mystery and a dispenser of ultimate political power. It will henceforth be impossible to write knowledgeably about it without consulting this book."

"Doing nothing about the Electoral College system is the real and significant problem identified in this thoughtful book. Pretending that the problems of a tie or a faithless elector or a minority candidate prevailing will not arise is rather foolhardy. Thus, the value of this book is that it should stimulate informed citizens and elected officials to act on solving the problems now."

"Bennett treats a timely, important, and complex topic with consummate skill, and his analysis of the electoral college's history and contemporary functioning is full of fresh insights. His writing is so lucid, even affable, that the book is sure to be engaging to both specialists and general readers. This is a remarkable accomplishment." 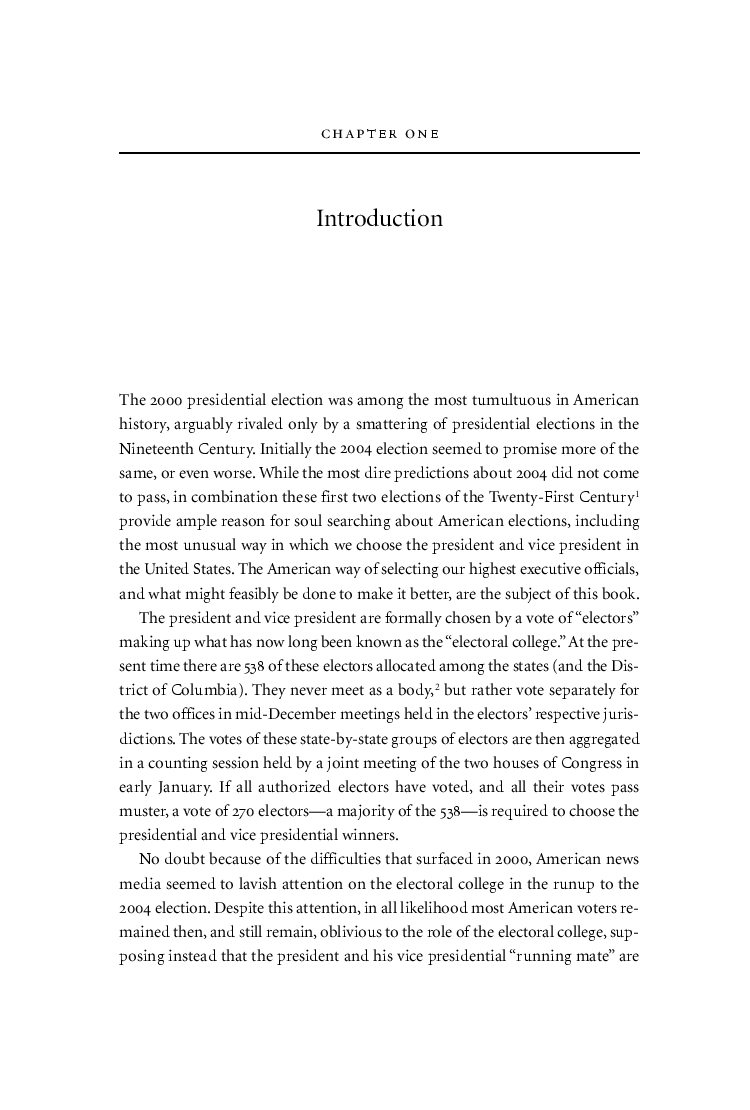 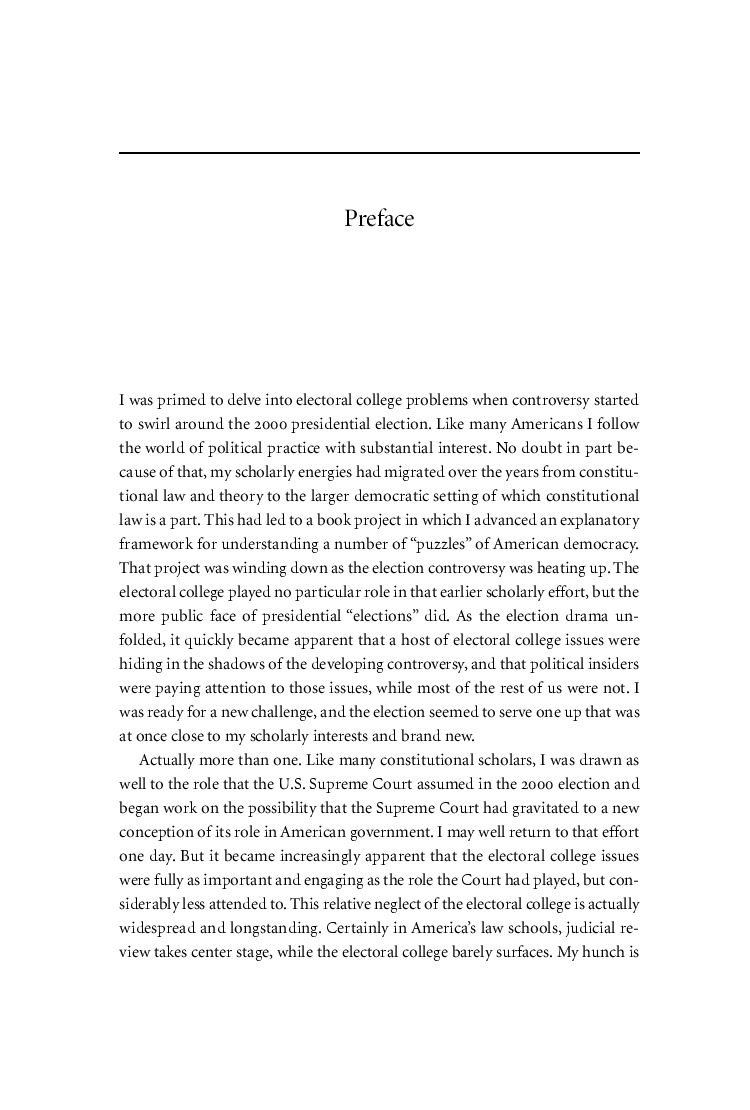 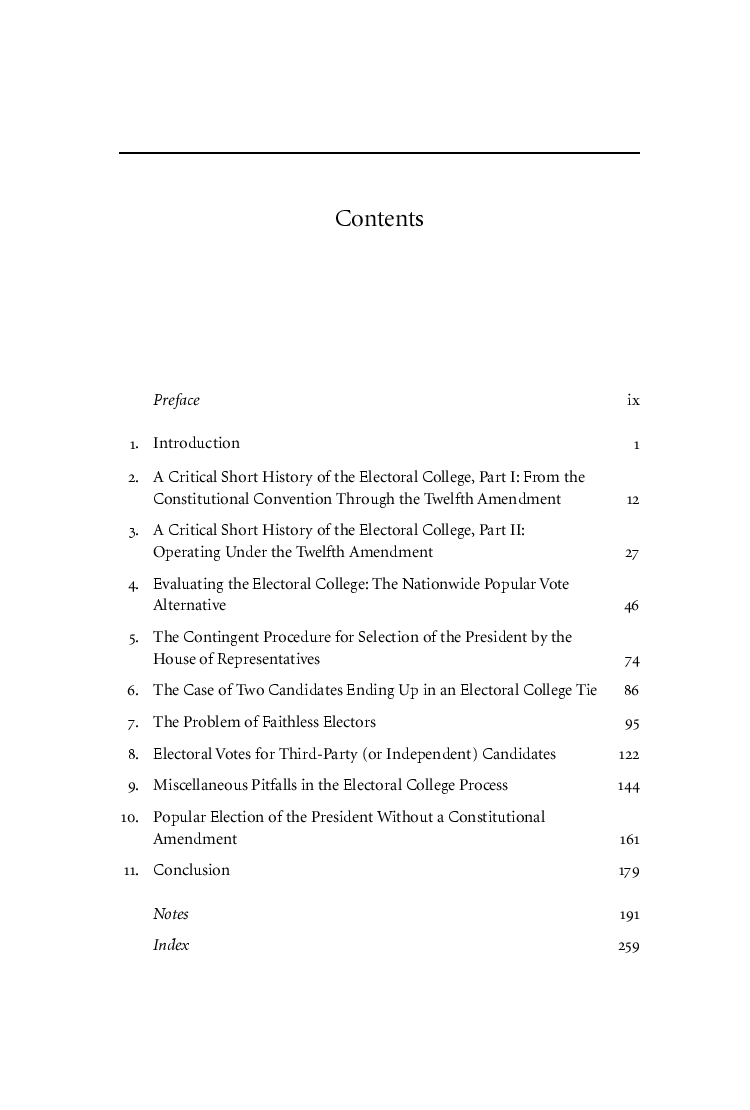