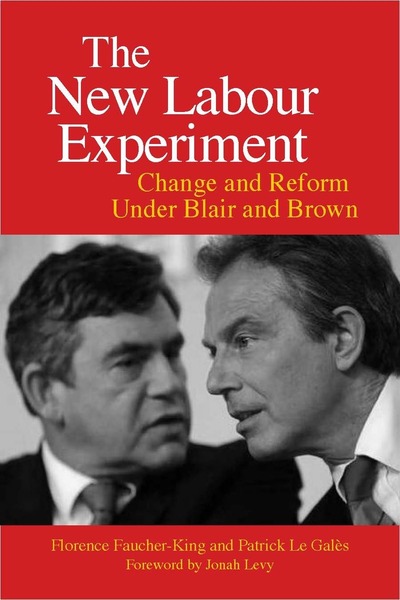 The book provides a clear assessment of the New Labour public policies and their outcomes in Britain under the leadership of Tony Blair and Gordon Brown from 1997–2009. Authors Florence Faucher-King and Patrick Le Galès argue that New Labour, in contrast to its European counterparts, developed a right-wing economic policy program based upon light financial regulation and strict macroeconomic management. Blair and Brown developed a large controlling bureaucracy, making Britain's government one of the most centralized in the world.

While some progressive policies were implemented, Faucher-King and Le Galès point to an overarching program of authoritative controls, massive surveillance, and illiberal social policies. Profound reforms were therefore linked to a new bureaucratic revolution that has subsequently been rejected by the British people. According to the authors, the financial crisis and the collapse of part of the banking system have signaled the end of the New Labour project.

Florence Faucher-King is a research director at the Centre for Political Research at Sciences Po, and Fellow of the Max Kade Center for European and German Studies, Vanderbilt University.

Patrick Le Galès is a research professor at the National Center for Scientific Research (CNRS) at Sciences Po, and professor at King's College London.

"Florence Faucher-King and Patrick Le Galès have written an engaging overview of the New Labour years, conveyed with significant subtlety, insight and style. Anyone interested in British, European or American politics will learn a great deal from this book, whether they view the New Labour experiment with admiration or disdain."

"A wonderfully well-informed and balanced assessment of the Blair and now Brown years, this book should be required reading for anyone interested in contemporary British and, indeed, European politics. One can only hope that its warnings are heeded."

"This work by French political scientists provides a useful outside perspective on the British Labour Party's 13-year rule from 1997 to 2010."

"A masterful and pitiless account of the dark side of New Labour. Highly recommended." 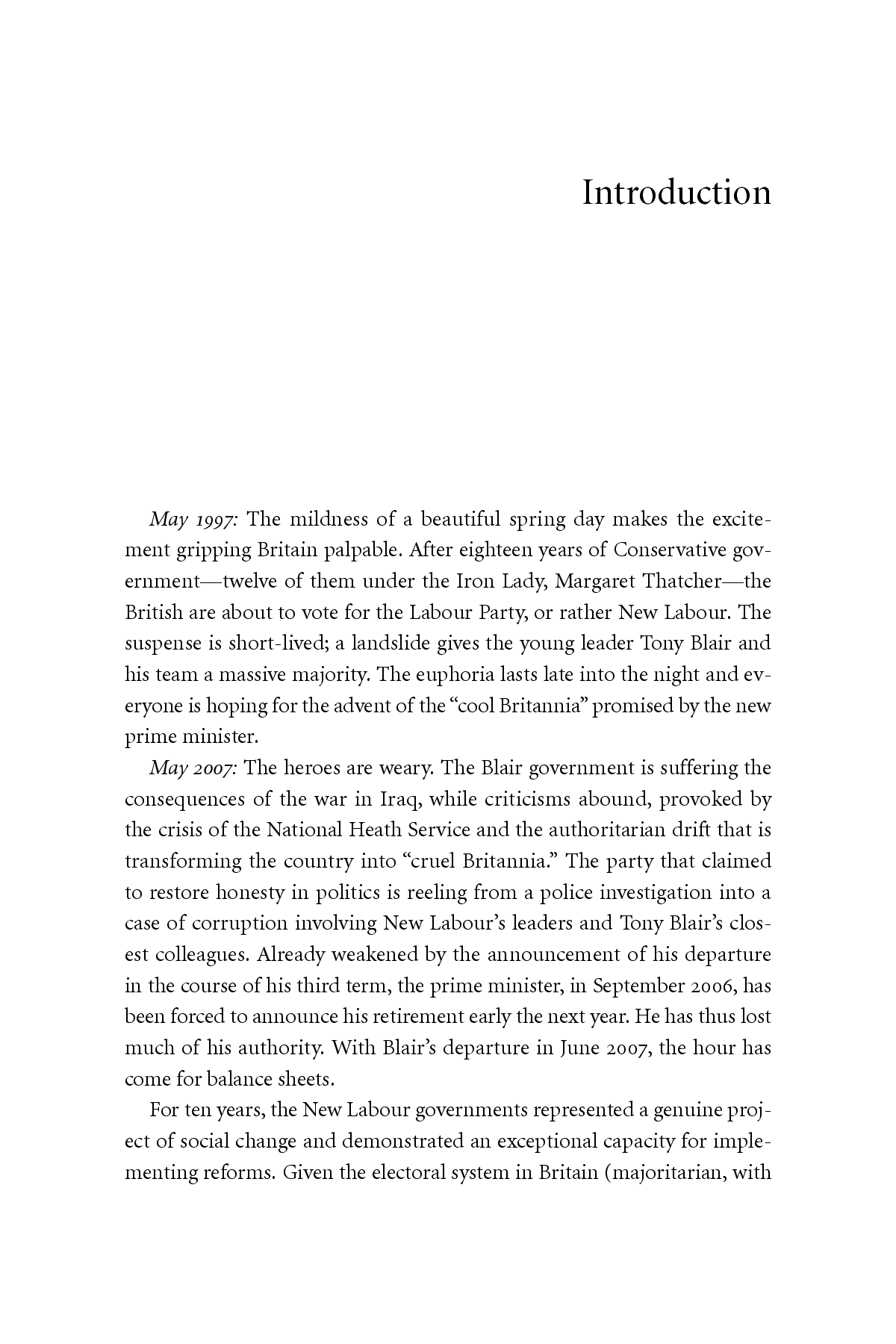 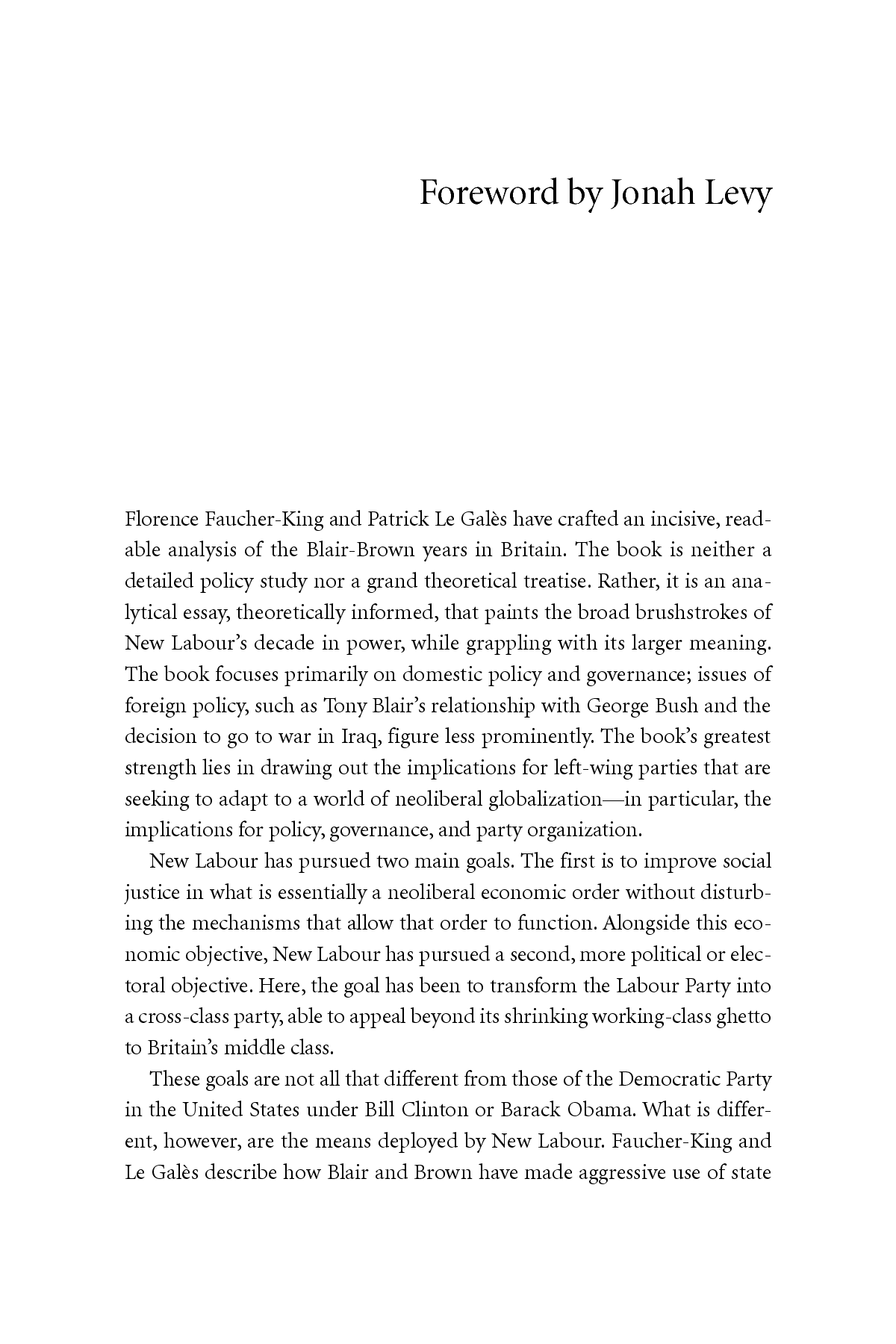 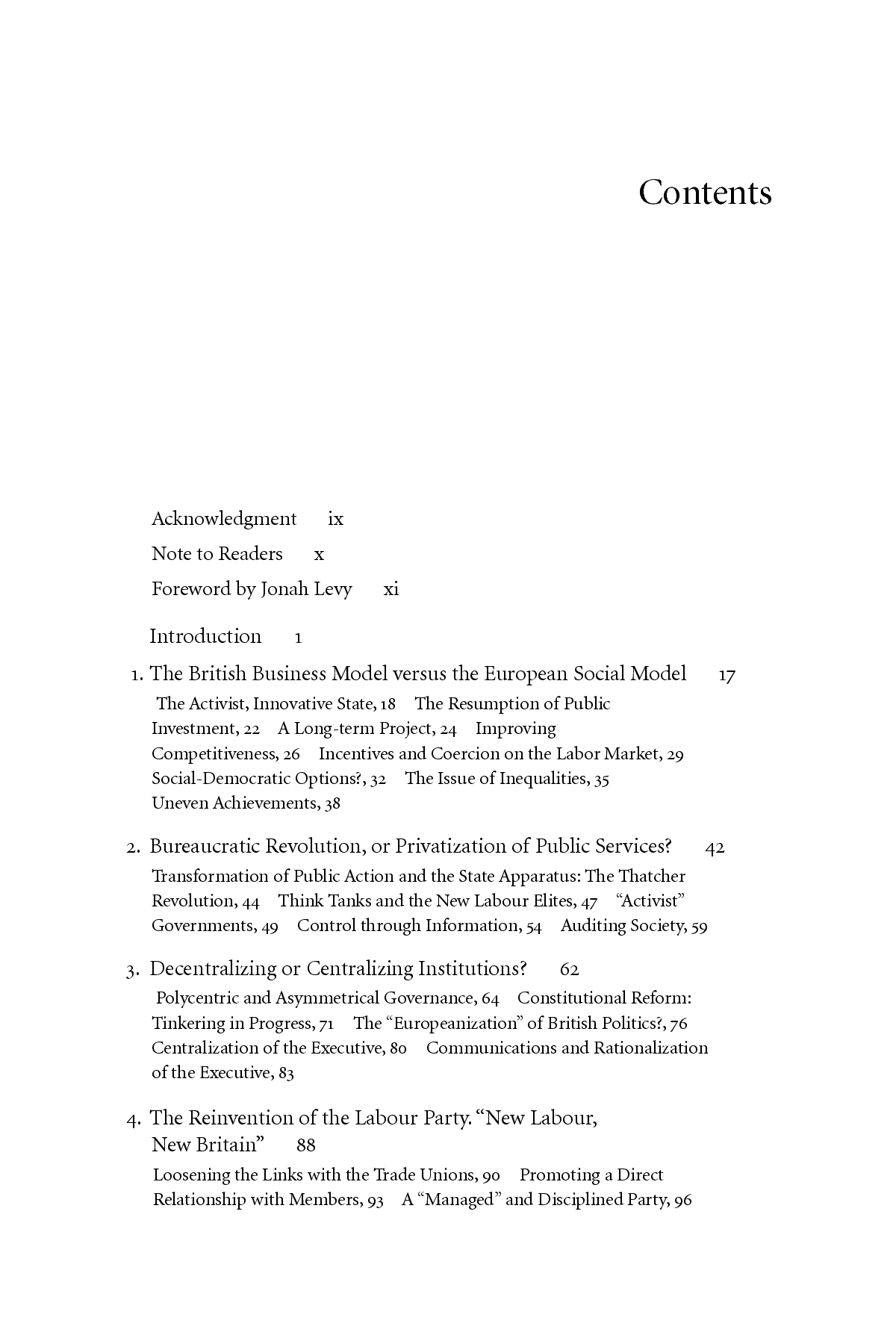