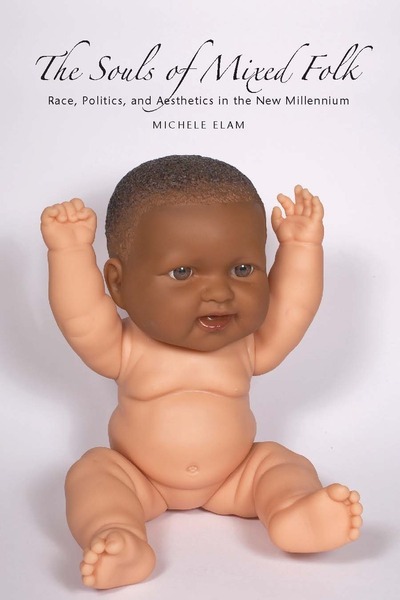 The Souls of Mixed Folk
Race, Politics, and Aesthetics in the New Millennium
Michele Elam

The Souls of Mixed Folk examines representations of mixed race in literature and the arts that redefine new millennial aesthetics and politics. Focusing on black-white mixes, Elam analyzes expressive works—novels, drama, graphic narrative, late-night television, art installations—as artistic rejoinders to the perception that post-Civil Rights politics are bereft and post-Black art is apolitical. Reorienting attention to the cultural invention of mixed race from the social sciences to the humanities, Elam considers the creative work of Lezley Saar, Aaron McGruder, Nate Creekmore, Danzy Senna, Colson Whitehead, Emily Raboteau, Carl Hancock Rux, and Dave Chappelle. All these writers and artists address mixed race as both an aesthetic challenge and a social concern, and together, they gesture toward a poetics of social justice for the "mulatto millennium."

The Souls of Mixed Folk seeks a middle way between competing hagiographic and apocalyptic impulses in mixed race scholarship, between those who proselytize mixed race as the great hallelujah to the "race problem" and those who can only hear the alarmist bells of civil rights destruction. Both approaches can obscure some of the more critically astute engagements with new millennial iterations of mixed race by the multi-generic cohort of contemporary writers, artists, and performers discussed in this book. The Souls of Mixed Folk offers case studies of their creative work in an effort to expand the contemporary idiom about mixed race in the so-called post-race moment, asking how might new millennial expressive forms suggest an aesthetics of mixed race? And how might such an aesthetics productively reimagine the relations between race, art, and social equity in the twenty-first century?

Michele Elam is Martin Luther King, Jr. Centennial Professor in the Department of English at Stanford University. She is the author of Race, Work, and Desire in American Literature, 1860–1930 (2003).

—Ruth Tait, Ethinicity and Race in a Changing World: A Review Journal

"This is a brilliant, timely and thorough study of a major topic in American culture. Elam elegantly maneuvers through the thickets of representation. Her scholarship is impeccable and her insights profound. The Souls of Mixed Folk will be read widely and cited as a definitive study of this complicated issue."

"Re-imagining the truths we hold to be self evident and writing with with discernment, cogency, and wit, Michele Elam poses the question of the color line for the twenty-first century—'What line?'—across a dazzling array of media and genres."

"The Souls of Mixed Folks brings into sharp and dynamic focus the crucial and complex reworkings of racial identity in the post civil rights era. Elam's deep historical insight coupled with her spot-on analysis of the conversation on mixed race in contemporary culture and politics will have a powerful impact on how we remember this pivotal moment. This book is a must have." 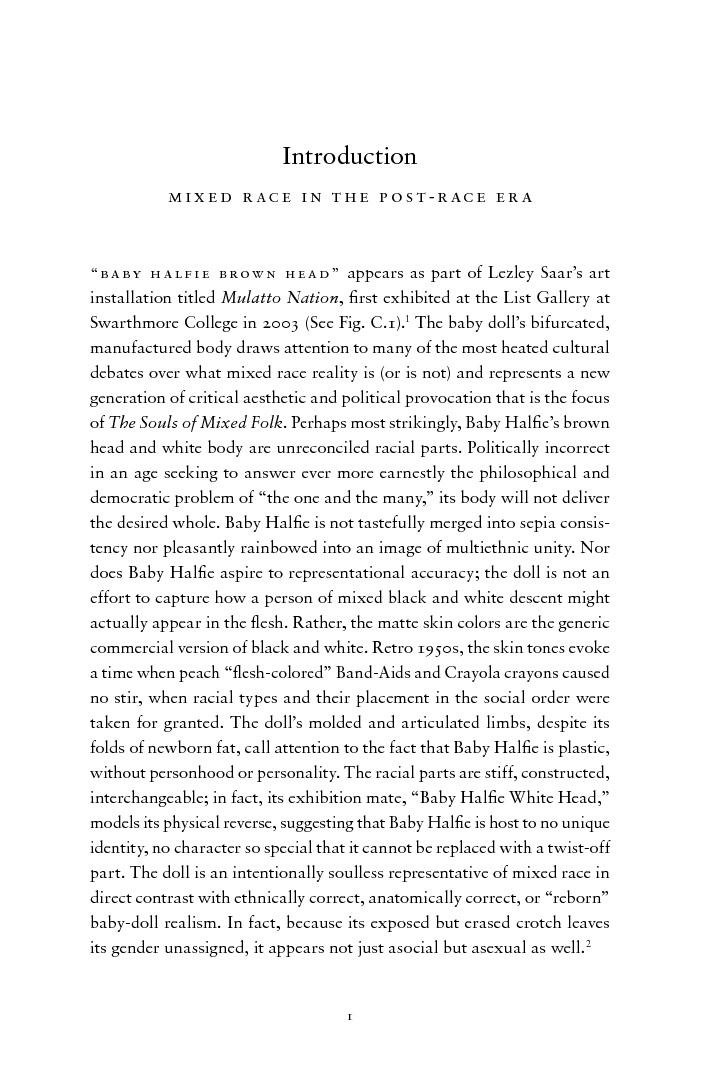 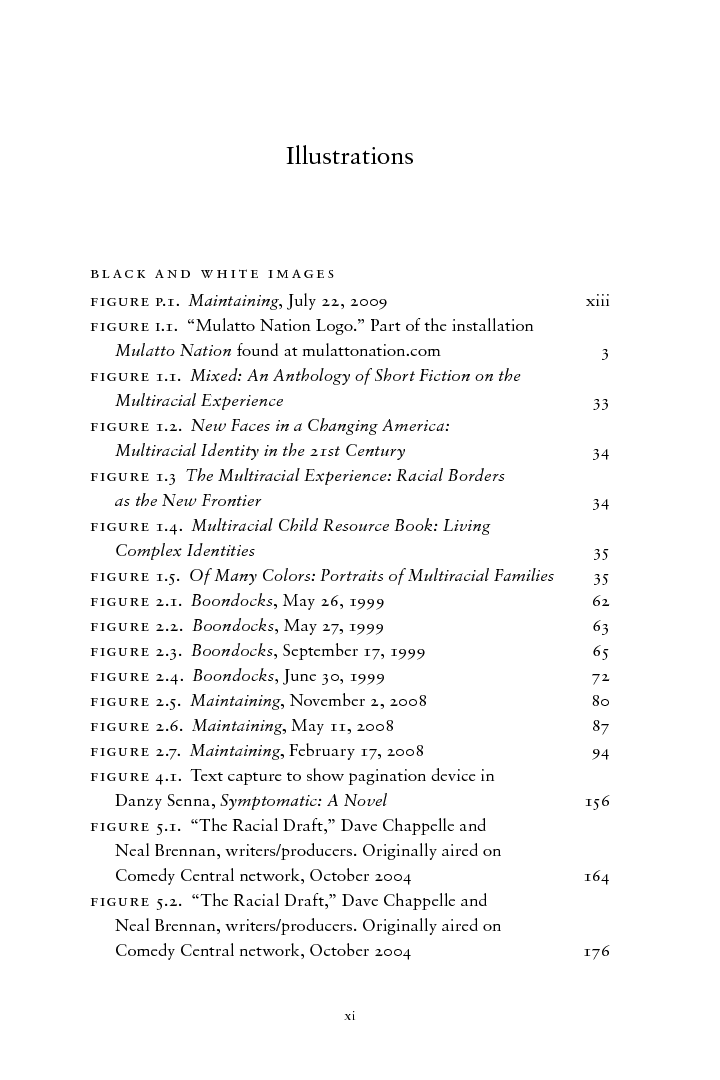 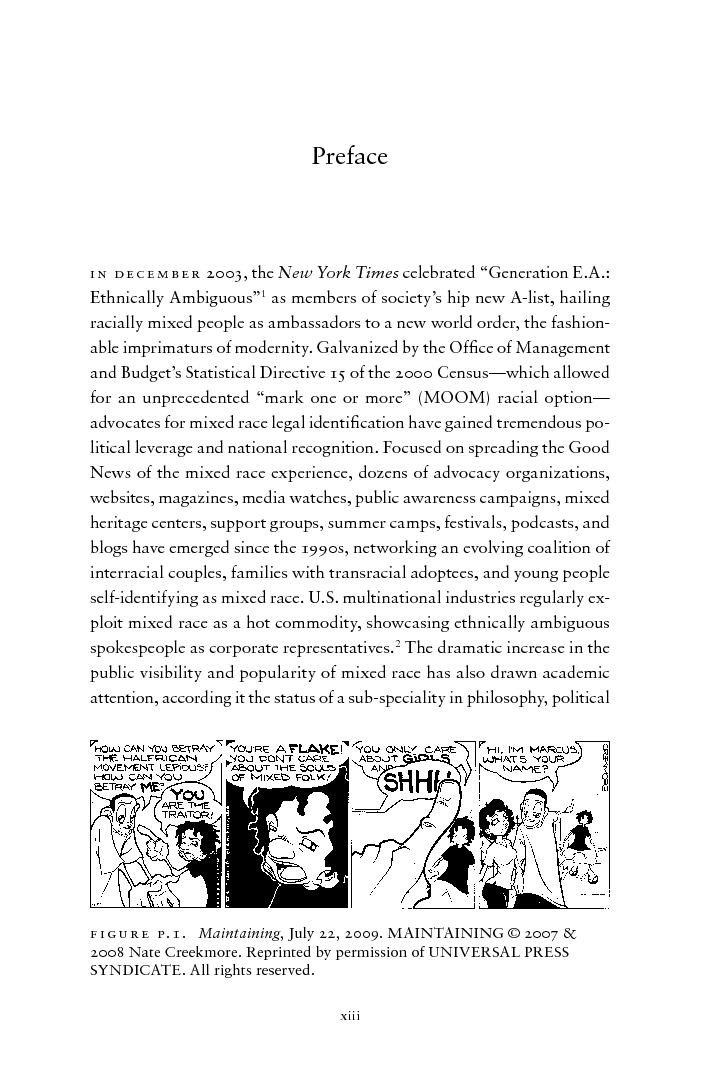 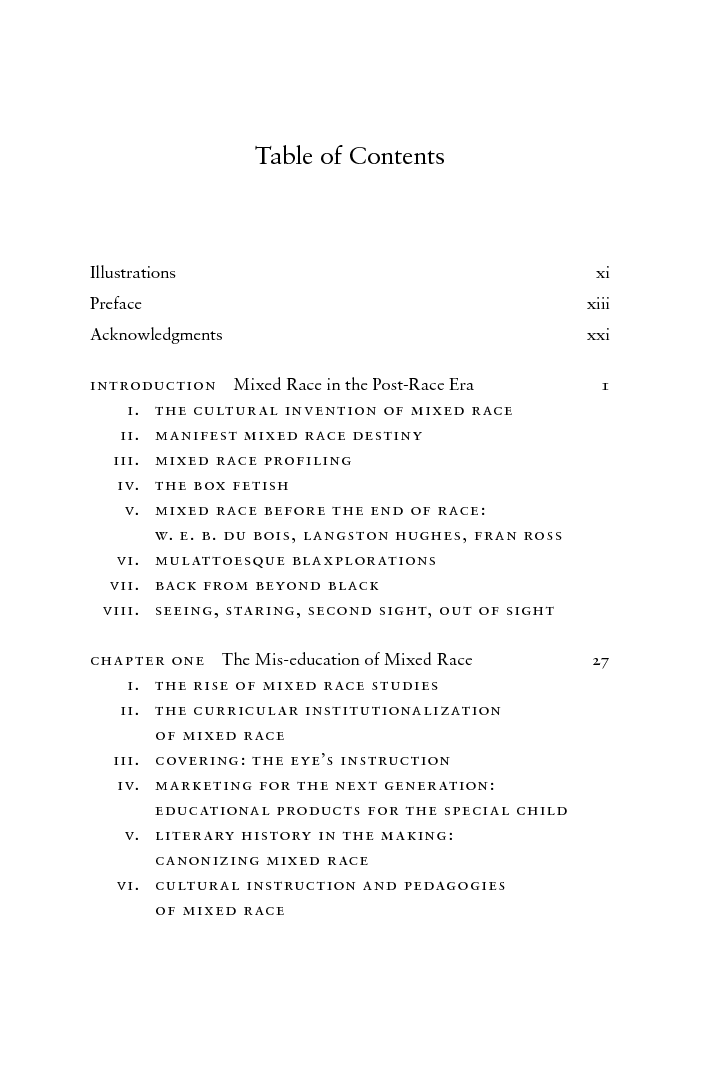