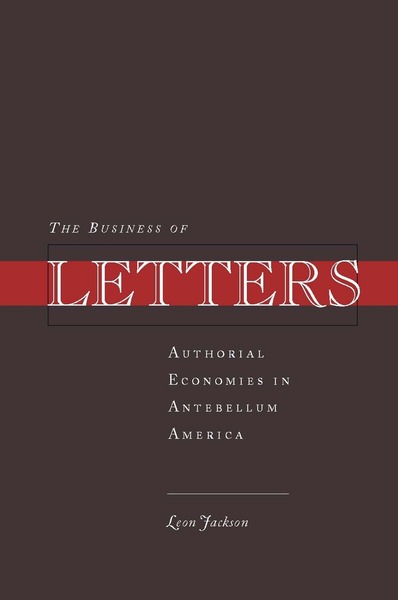 Traditionally, scholars of authorship in antebellum America have approached their subject through the lens of professionalization, exploring the ways in which writing moved away from amateurism and into the capitalist marketplace. The Business of Letters breaks new ground by challenging the dominant professionalization model, with its vision of a single literary marketplace. Leon Jackson shows how antebellum authors participated in a variety of different economies including patronage, charity, gift exchange, and competition—each of which had its own rules and reciprocities, its own ethics and exchange rituals, and sometimes even its own currencies. Examining a variety of canonical and non-canonical authors, including women, slaves, and artisans, and drawing on theoretical approaches from anthropology, sociology, social history, and literary criticism, Jackson reveals authors to have been social agents whose acts of authorial exchange involved them in dense webs of community. The decisive transformation of the antebellum period, he concludes, was not from amateurism to professionalism, but, rather, from socially embedded exchange to impersonally conducted business.

Leon Jackson is Associate Professor of English at the University of South Carolina.

"Leon Jackson's clear-headed and rich analysis of the complex cultural and economic behaviors that constituted authorship in the decades prior to the Civil War compellingly redirects current discussions of American literary authorship and will have a significant impact on a large and growing body of scholarship."

"The Business of Letters offers a compelling prospect on the American literary landscape from independence to the Civil War. With a capacious view of authors, editors, and readers in a changing social and economic setting, this work is the most theoretically sophisticated and historically informed that I have read in years."

"I have no question but that Jackson has written a fine book, one that recovers for readers in the twenty-first century the varied rewards for writers in the nineteenth century. He is a superb and patient researcher with a particular sensitivity to the social context of literary achievement. The Business of Letters is a work of impressive emulation, well warranting scholarly approbation." 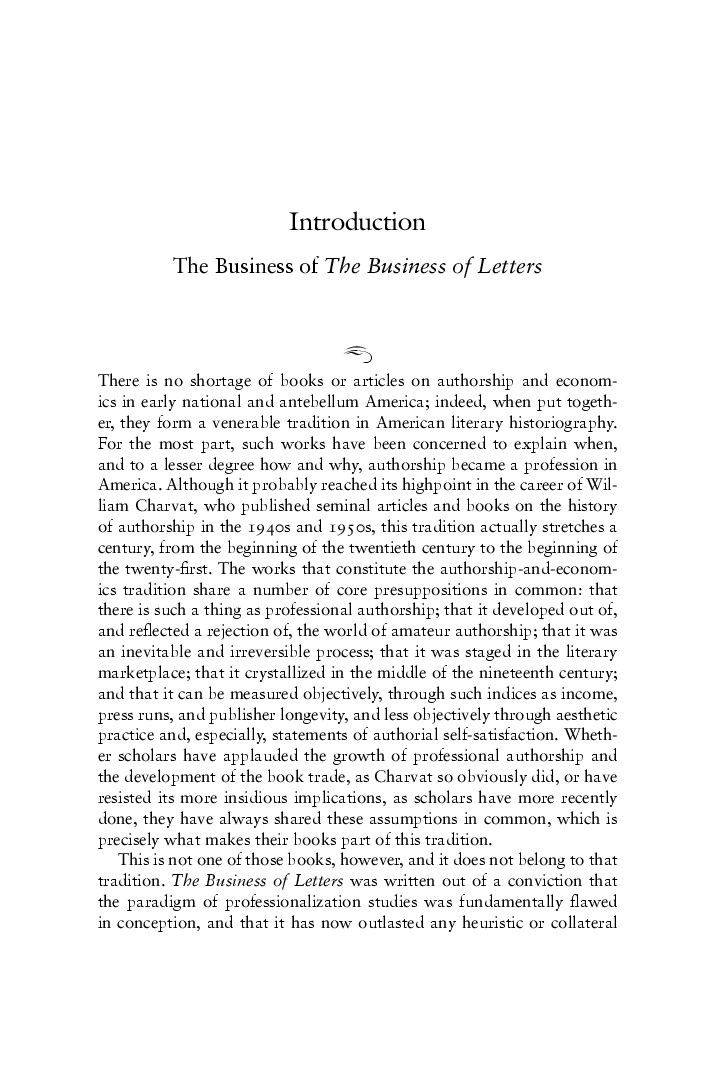 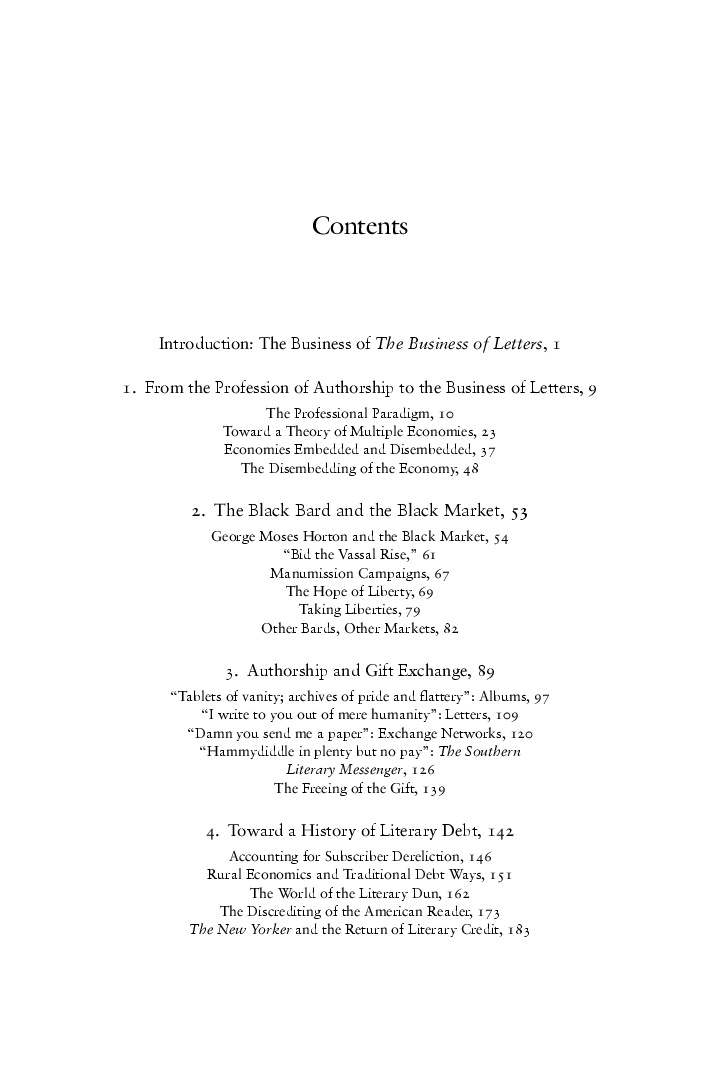