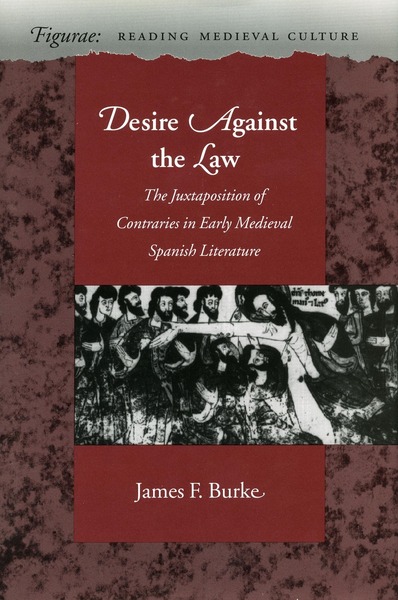 The churches and manuscripts of medieval Europe incessantly juxtapose imagery depicting sacred themes with likenesses of the crudest and basest nature. This book examines such contrasts in six major works of pre-1350 Spanish literature, arguing that medieval writers and artists subscribed to the classical belief that one must introduce the contrary of a concept in order to elucidate it fully. To explain this play of opposites, the author draws on the contrast between Bakhtin's concept of the carnivalesque, which embodies and portrays the realm of desire, and the domain of the law, which imposes the social and behavioral restraints upon which civilized conduct is based.

Four of the works in question—the Poema de Mio Cid, the Razón de amor, the Libro de buen amor, and the Libro del Conde Lucanor—clearly display such contrary elements. The remaining works covered—the Auto de los reyes magos and the Milagros of Gonzalo de Berceo—would, on the surface, appear merely to affirm contemporary orthodoxy. The author argues, however, that even these works must be understood intertextually, that elements within them refer to a strongly contrastive other beyond their textual confines. When this theory is applied back to the other four texts, they, too, prove to bear within them allusions to an outside system of supplementary meanings.

How, then, can we account for this polar structure in medieval art and letters? The author argues that people of the time tended to understand artistic works in a manner analogous to the layout of a medieval manuscript page. The central part carries the most important message, yet in the periphery (the margin) one finds a commentary that is often essential to a complete understanding of the whole. Moreover, text and commentary oscillate: what is central can become peripheral, and what is "outside" can move to the core of a document's explicitly thematized concerns.

James F. Burke is Professor of Spanish at the University of Toronto. He is the author, most recently, of Structures from the Trivium in "El Cantar de Mio Cid."