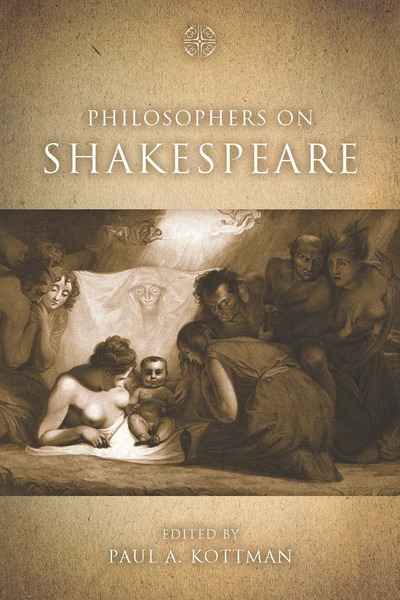 Philosophers on Shakespeare
Edited by Paul A. Kottman

A number of the most influential thinkers of the past two hundred and fifty years, Herder, Goethe, Hegel, Benjamin, Marx, Schmitt, Lukács, Derrida, Cavell, Agnes Heller, and others, have grappled with Shakespeare. This is the first volume to bring together their engagements with his drama, which are part of an underexplored philosophical tradition. Philosophers on Shakespeare comes at a time when the critical paradigm of Shakespeare studies in the academy is shifting from a historicist and cultural materialist model toward a renewed interest in theoretical readings of the plays. Shakespeare's work is currently being taught and performed more than ever, and there is a proliferation of new critical editions of the plays themselves to which this volume will serve as a timely and much-needed companion. It is useful for the light it sheds on individual plays as well as for its survey of literary criticism, aesthetic theory, theories of tragedy and dramatic criticism since the mid-eighteenth century.

"This unusually rich and surprising collection joins a small but important set of books that provide the primary materials for tracing Shakespeare's wider cultural influence. Kottman's ambitious book draws our attention to the role of Shakespeare and his plays in forging a crucial strain of philosophical discourse for the past two centuries."

"This is a timely, thoughtful, and well-conceived project that gives readers a strong sampling of philosophical approaches to Shakespeare. One of Kottman's gifts is his extraordinary ability to stage real questions of continuing urgency. A sense of genuine engagement and creative re-encounter with the legacy of Shakespeare runs through the selected essays, as well as Kottman's lucid, determined, and compassionate introduction." 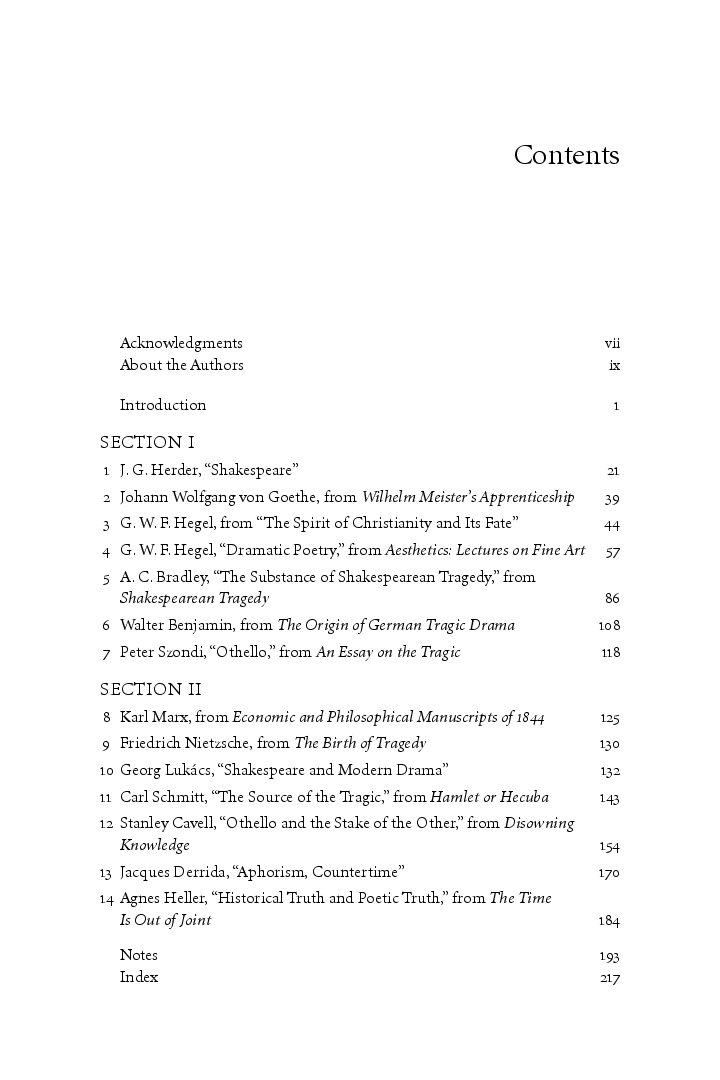