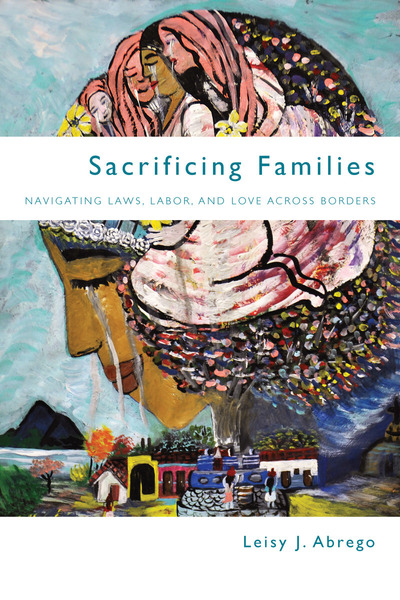 Honorable Mention in the 2014 AHS Book Award, sponsored by the Association for Humanist Sociology.

Finalist in the 2015 C. Wright Mills Award, sponsored by the Society for the Study of Social Problems.

Honorable Mention in the 2015 Thomas and Znaniecki Book Award, sponsored by the ASA International Migration Section.

Co-winner of the 2016 Distinguished Contribution to Research Award, sponsored by the American Sociological Association (ASA) - Section on Latino/a Sociology.

Widening global inequalities make it difficult for parents in developing nations to provide for their children, and both mothers and fathers often find that migration in search of higher wages is their only hope. Their dreams are straightforward: with more money, they can improve their children's lives. But the reality of their experiences is often harsh, and structural barriers—particularly those rooted in immigration policies and gender inequities—prevent many from reaching their economic goals.

Sacrificing Families offers a first-hand look at Salvadoran transnational families, how the parents fare in the United States, and the experiences of the children back home. It captures the tragedy of these families' daily living arrangements, but also delves deeper to expose the structural context that creates and sustains patterns of inequality in their well-being. What prevents these parents from migrating with their children? What are these families' experiences with long-term separation? And why do some ultimately fare better than others?

As free trade agreements expand and nation-states open doors widely for products and profits while closing them tightly for refugees and migrants, these transnational families are not only becoming more common, but they are living through lengthier separations. Leisy Abrego gives voice to these immigrants and their families and documents the inequalities across their experiences.

Leisy Abrego is Assistant Professor of Chicana/o Studies at the University of California, Los Angeles.

"Sacrificing Families is an important new book analyzing what can be described as the psychosocial interior of transnational Salvadoran families and how that familial social life is structured and traumatized by America's current immigration regime . . . The book is an important step in what is developing into a very promising scholarly career."

"Sacrificing Families approaches the issue of transnational migration from El Salvador to the United States from a unique perspective. Instead of the public debate in the United States, it's the debate in El Salvador that frames Leisy Abrego's argument. And while the experiences of migrants play a role, her focus is more on the children left behind when parents leave to work in the United States . . . In a debate dominated by rhetoric and statistics, the voices of these children raise extremely important issues . . . [T]his is a book that will stay with me and that I intend to assign to both undergraduate and graduate students."

"Abrego examines the causes and consequences of migration of parents from El Salvador to the U.S. She focuses on the structure of trauma of long-term family separation, different experiences based on gender, and the impact on the socioeconomic and emotional lives of children . . . Using in-depth interviews of parents in the U.S. and children in El Salvador, the author reveals the tragedies and triumphs of these families' living arrangements; patterns of inequalities; migrant parents' sacrifices, including monetary remittances to their children; the profound emotional suffering; and children's school performances and aspirations. Furthermore, this research demonstrates how U.S. immigration policy determines the life chances and well-being of children and how gender ideologies influence women's and men's opportunities and behavior. Abrego presents a detailed, careful analysis of the micro-social realities of family separation across nations. She outlines the policy implications of this research and emphasizes the need for comprehensive U.S. immigration reform as a human rights issue. An outstanding contribution to immigration, family, Chicana/o, and policy studies . . . Highly recommended."

"In this insightful and compassionate book, Leisy Abrego sheds light on the devastating and far-reaching effects of the contemporary immigration regime on immigrant families and their relatives back home. The voices of these immigrant families vividly combine with Abrego's sophisticated analysis to make us rethink what it means to live in transnational spaces today. A must read for anyone interested in families and immigration policy."

"Leisy Abrego provides an eloquent, empathic view of the agonizing choices made by transnational parents and the consequences for their children. The poignant quotes—from parents and children alike—along Abrego's thoughtful analysis make this an essential read."

"Leisy Abrego renders in heart-wrenching detail what it means to live as a family separated by thousands of miles. Sacrificing Families is a must read on why families choose to become transnational, how they struggle to overcome distance and time, and the United States immigration policies that force this cultural and emotional divide." 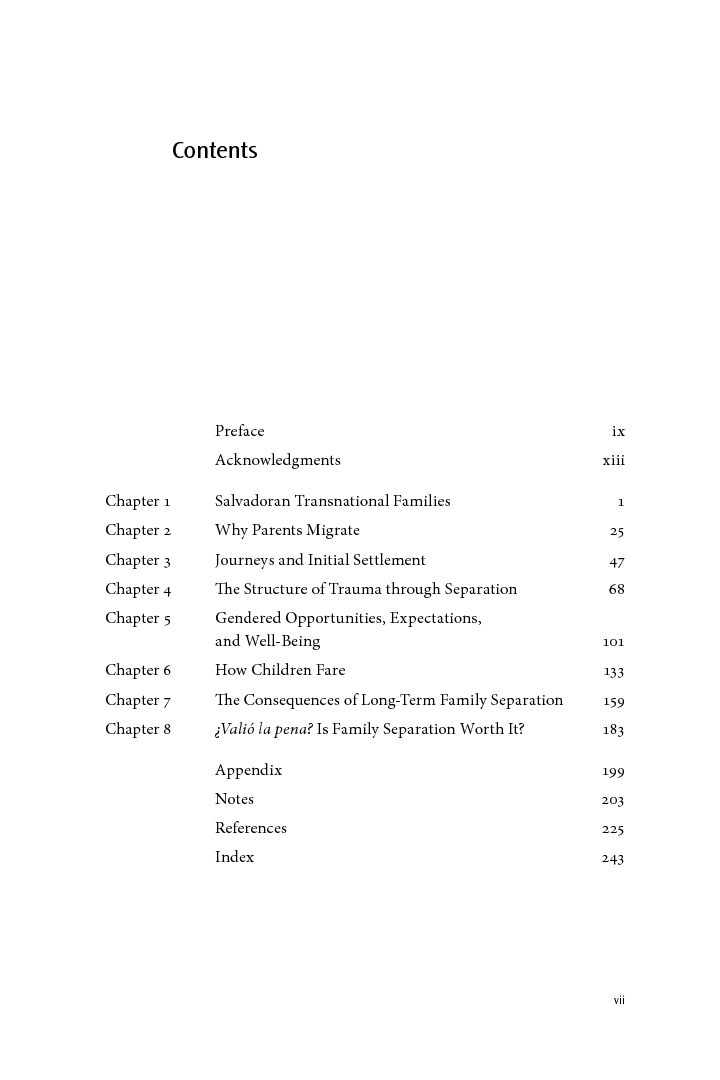 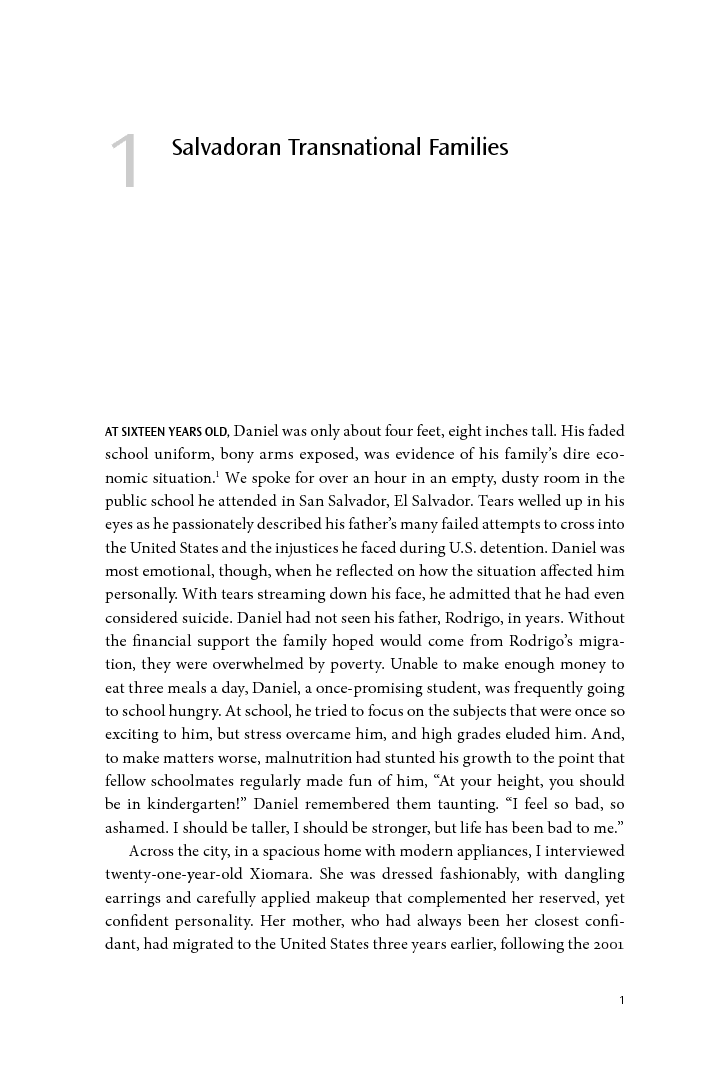 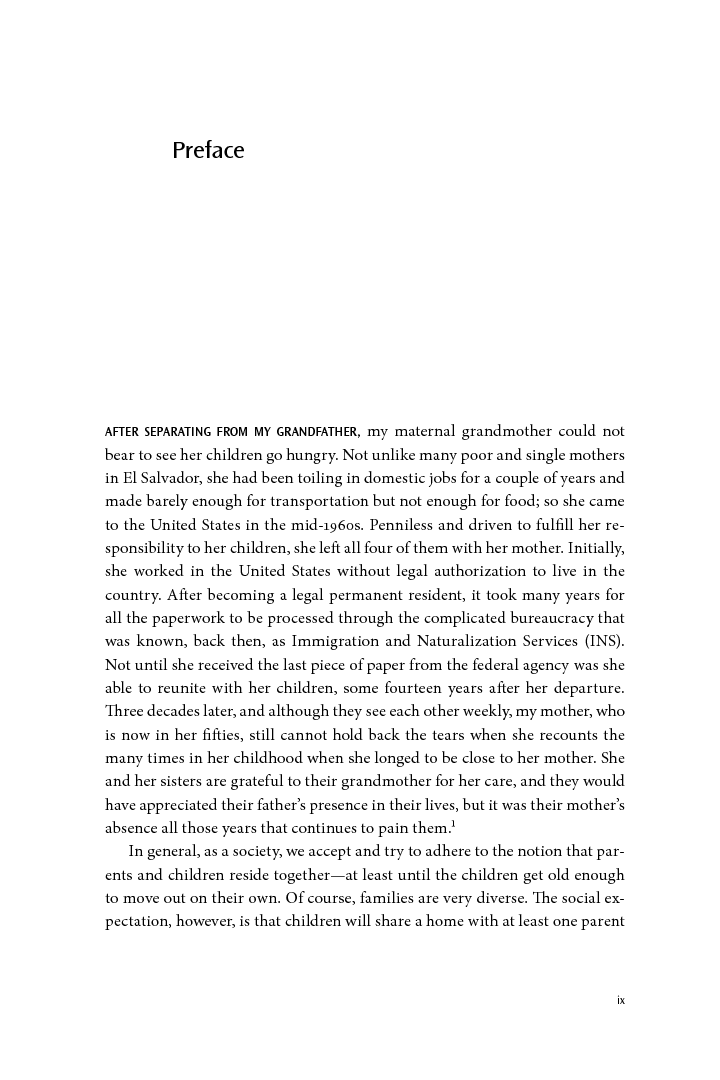 President Obama, Deception Will Not Work It's Time to End Family Detention