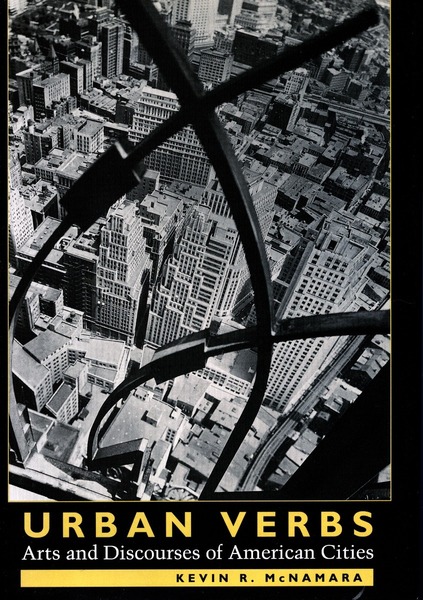 Speaking to the ongoing debate over the development of urban space and culture, this book demonstrates the centrality of the physical and social being of cities to American literature and other arts in the twentieth century. The author’s reading of aesthetic texts alongside urban planning, economics, sociology, law, and historiography—discourses he treats as form-producing arts in their own right—shows as misleading the common dichotomy of models that focus on the structure of urban space and institutions, and those that describe cities as fluid constellations of social practices.

The ideal of mobility was invoked early in this century by the urban pluralists of the Chicago School, who reasoned that the greater diversity and lighter attachments among urbanites would make the city a zone in which people might realize themselves by pursuit of “their particular vices or talents.” It also was hailed by the Progressives, who sought through techniques of social management to foster democracy, to reform the material conditions of urban life, and to make cities more efficient centers of production and cultural reproduction. Urban Verbs elucidates the different kinds of cities these ideals of mobility produce.

Kevin R. McNamara has taught at Palacky University (Czech Republic), and the University of California, Irvine and San Diego.