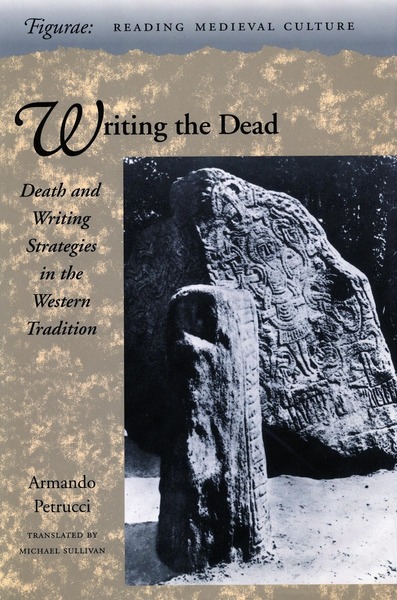 Written by one of the world’s leading paleographers, this book poses two fundamental questions: When did human beings begin—and why have they continued—to decide that a certain number of their dead had a right to a “written death”? What differences have existed in the practice of writing death from age to age and culture to culture? Drawing principally on testimonials intended for public display, such as monuments, tombstones, and grave markings, as well as on scrolls, books, manuscripts, newspapers, and posters, the author reconstructs the ways Western cultures have used writing to commemorate the dead, from the tombs of ancient Egypt to the Vietnam Memorial in Washington, D.C.

The author argues that the relation between funereal remains and inscription is a profoundly political one. The recurring question—Who merits a written death?—demands a multifaceted reply, one that intersects such “modes” of human cultural history as the relation between the living and the dead, the control of territory, the formation and maintenance of power, the preservation of wealth, the right to individuality, and the symbolic and signifying value of written culture.

Apart from examining funerary writing in the light of this analytical model, the author also studies the quality of commemorative writing, the length and physical arrangement of the text, and its link to any representational elements, such as a likeness of the deceased, the techniques involved in executing the testimonial, the number of people who participate in creating it, and its outward appearance. Under the author’s careful and informed scrutiny, such developments as unidirectional script, the separation of writing into horizontal lines, and the even spacing of individual letters are revealed as indices of social and technological change.

Armando Petrucci occupies the chair in Latin paleography at the Scuola Normale Superiore in Pisa. His Public Lettering: Script, Power, and Culture appeared in English translation in 1993.