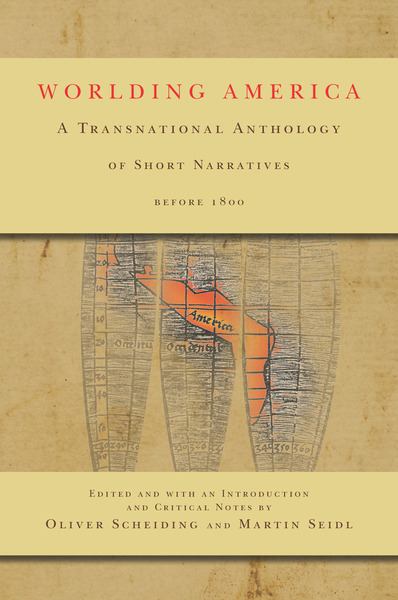 Worlding America explores the circulation of short narratives in the early Americas through a combination of neglected primary materials and scholarly commentary. Building on recent reconsiderations of American literature in light of transnational and hemispheric approaches, it follows the migration of stories from various backgrounds and demonstrates how forms and themes developed in a new literary market that spanned the Atlantic world.

While short narratives prior to 1800 have been largely excluded from critical discussions as well as anthologies, they give insight into the conditions of publishing and writing as well as the demand for brief, entertaining pieces that was met by a wide variety of sources, including sermons, letters, diaries, travelogues, and, eventually, magazines and newspapers. Breaking with traditional concepts of period, authorship, and genre, Worlding America groups the different types of narratives it anthologizes according to key subject areas such as "Life Writing," "Female Agency," or the "Cultures of Print." Each section is introduced by a headnote that explains relevant historical and literary developments, situating each narrative in its cultural context and providing its publication history. Suggestions for further reading will also be appreciated by scholars and students wishing to pursue research in these underrepresented forms.

Oliver Scheiding is Professor of Early American Literature and Associate Director of the Obama Institute for American Studies at the Johannes Gutenberg University, Mainz.

"Worlding America: A Transnational Anthology of Short Narratives before 1800 is an impressive compendium of meticulous scholarship that makes a seminal and important contribution to the diverse nature of early American literature . . . [It] is truly extraordinary and highly recommended for academic library American literature reference collections and American literary studies supplemental reading lists."

"This is a book full of surprises. Its transnational framing is sophisticated and should shake up the domain of Early Americanists. The selection of texts as well as the meticulous editing, introducing, presenting, and annotating surpass the practice of most contemporary anthology editors."

"This anthology has the potential to change the nature of the study of American literature, expanding its linguistic and geographical parameters to include an entirely new range of experiences and ideas. It is certain to create attention among students and scholars in the field." 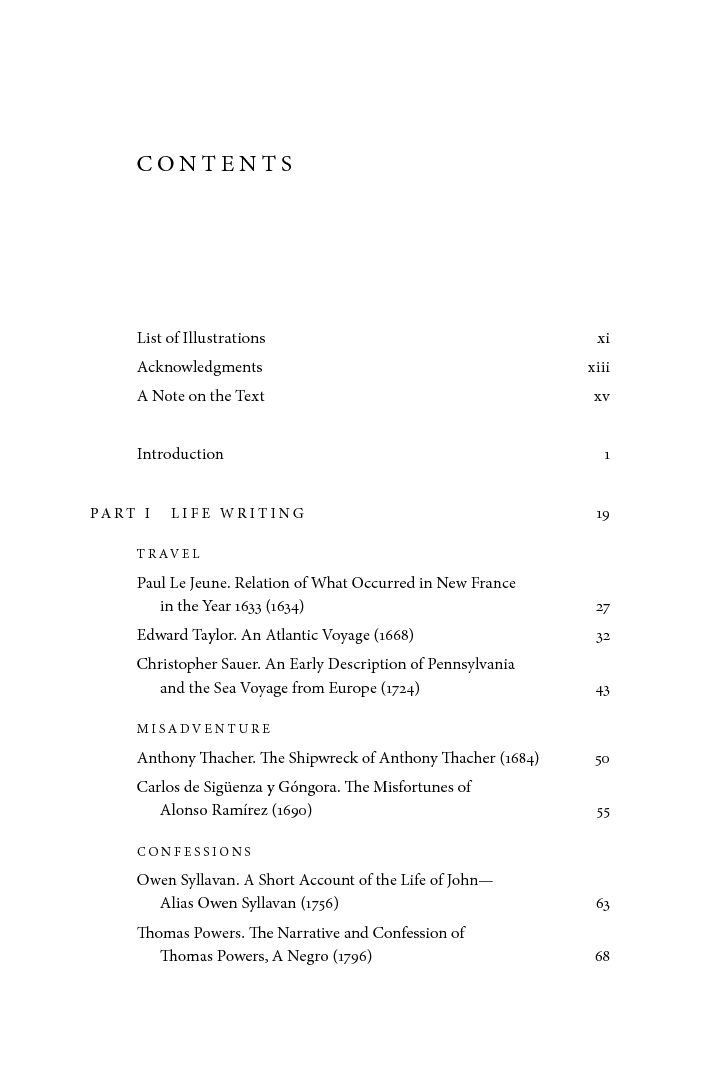 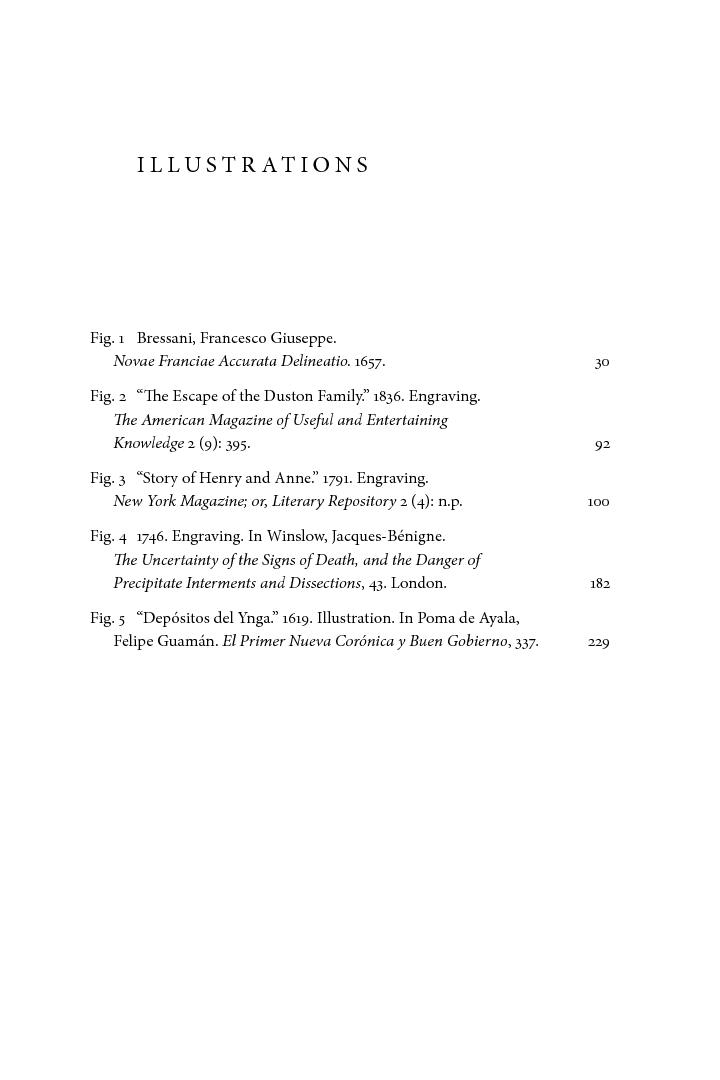 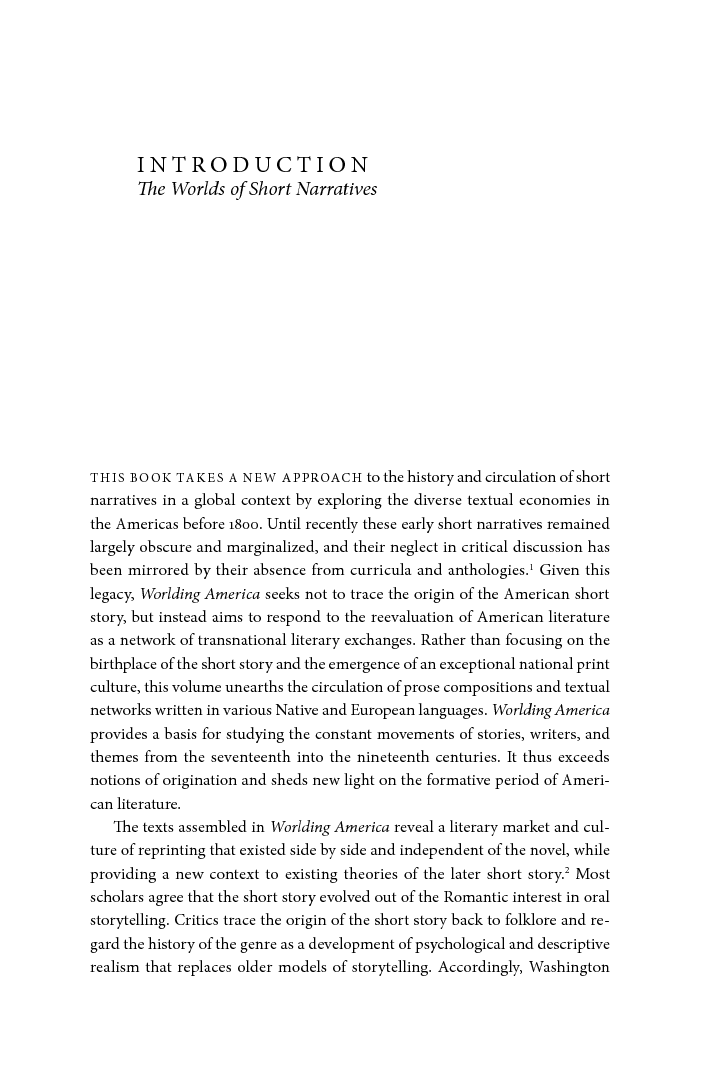