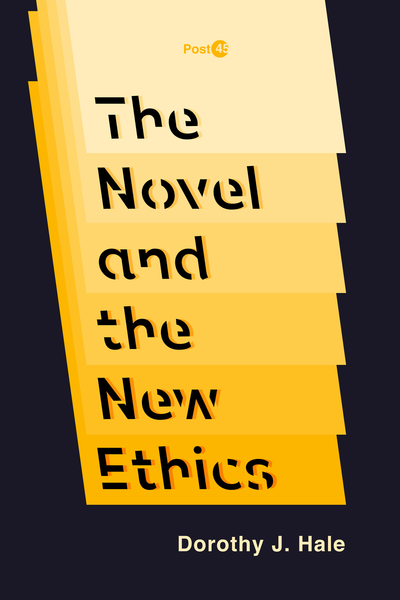 "In her critique of the new ethical theories raised – some of which have already achieved high degrees of notoriety in academic circles – Hale is indeed very incisive... [The] major takeaway from The Novel and the New Ethics is how Hale powerfully identifies a tradition of Anglo-American novelists who believe that novelistic aesthetics necessitates an ethical engagement with the other."

"The Novel and the New Ethics is a bold, compelling, and compendious book that should leave researchers plenty of other avenues of inquiry. Not only has Hale written a fascinating literary history, she has offered a definition of the novel as fundamentally driven by ethics that could well reverberate throughout literary criticism."

"The Novel and the New Ethics is a valuable contribution to modern novel theory that is able to take the most glaring fault line in twentieth-century criticism—the divide between liberal humanism and poststructuralist ideological critique—as the starting point for a unified account of literature's ethical relationship to alterity. In addition to providing an excellent overview of new ethical interest in the novel, Hale's insights will be particularly useful for scholars interested in characterological approaches to the novel, in the relationship of contemporary literature to modernism, and in the enduring legacy of Henry James. The Novel and the New Ethics is also a refreshingly optimistic book, with the imaginative capacity to recast the internecine conflicts of the literary critical establishment as part of a larger cultural aspiration toward an ethical, though ever-faltering, engagement with otherness."

Center for the Study of the Novel Podcasts: CSN Café
More in Literary Studies—American