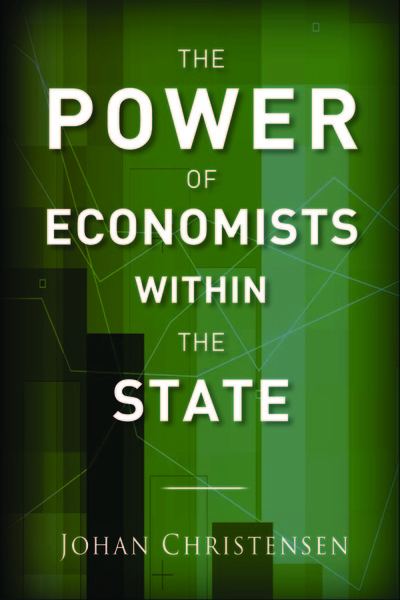 The spread of market-oriented reforms has been one of the major political and economic trends of the late twentieth and early twenty-first centuries. Governments have, to varying degrees, adopted policies that have led to deregulation: the liberalization of trade; the privatization of state entities; and low-rate, broad-base taxes. Yet some countries embraced these policies more than others.

Johan Christensen examines one major contributor to this disparity: the entrenchment of U.S.-trained, neoclassical economists in political institutions the world over. While previous studies have highlighted the role of political parties and production regimes, Christensen uses comparative case studies of New Zealand, Ireland, Norway, and Denmark to show how the influence of economists affected the extent to which each nation adopted market-oriented tax policies. He finds that, in countries where economic experts held powerful positions, neoclassical economics broke through with greater force. Drawing on revealing interviews with 80 policy elites, he examines the specific ways in which economists shaped reforms, relying on an activist approach to policymaking and the perceived utility of their science to drive change.

"Christensen has written an eminently readable and important addition to the literature on neoliberal reform. This book is at once a contribution to the discourse on comparative tax regimes and a corrective to other arguments about the political sway of economists."

"Sometimes, economists seem almost irrelevant to policymaking. Other times, it is clear that they have enormous influence. In this outstanding book, Johan Christensen shows us how an unlikely factor—bureaucratic autonomy—accounts for the difference. All kinds of social scientists will want to read Christensen's deeply researched, rigorously argued explanation of what gives economics its power."

"A finely tuned and deeply knowledgeable account of the influence of economists over public policy in four countries. Full of surprises, the work shows how history and path dependence challenge what we thought we knew about each of these countries. A page-turner on tax policy is surely an event to celebrate."

"One of the book's main strengths is to identify concrete channels for economists' policy influence. Christensen notably urges us to pay attention to economists' precise locations within the state and, specifically, to recruitment patterns and generational change in ministries of finance....By emphasizing the varying roles economists play in policy-making, and stressing the professional mechanisms which give them policy leverage, Christensen makes a valuable contribution to the fields of economic sociology and public policy."

"Christensen provides what I hope is the start of a promising new line of inquiry into the study of contemporary tax policy. Amid the growing interest in taxation and fiscal sociology, he offers a way out of theoretical traps that grant too much explanatory power to one set of state actors over another while, planned or not, creating space for cultural variables (ideas, forms of knowledge) to understand taxation."