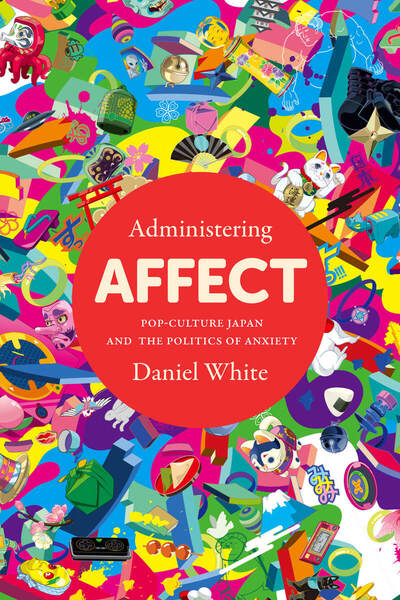 How do the worlds that state administrators manage become the feelings publics embody? In Administering Affect, Daniel White addresses this question by documenting the rise of a new national figure he calls "Pop-Culture Japan." Emerging in the wake of Japan's dramatic economic decline in the early 1990s, Pop-Culture Japan reflected the hopes of Japanese state bureaucrats and political elites seeking to recover their country's standing on the global stage. White argues that due to growing regional competitiveness and geopolitical tension in East Asia in recent decades, Japan's state bureaucrats increasingly targeted political anxiety as a national problem and built a new national image based on pop-culture branding as a remedy.

Daniel White is Senior Research Associate in Anthropology at the University of Cambridge.

"Administering Affect leaves no ethnographic stone unturned. It is artfully organized and compellingly written. Its scholarship is meticulous and masterfully synthetic. Its conceptual contributions are original and wide-ranging. It should be required reading for anyone interested in the impulsions and compulsions of the contemporary dynamics of soft power."

"This is a bracing read: original, evocative, beautifully organized, and deeply persuasive. It's a rare piece of work, clearly situated in disciplinary debates and practices while offering far wider and equally substantive contributions."

"With this long-awaited monograph, White proves himself a major contributor to research on media culture, affect, and governmental policy. With startling access and insights, White examines the deeply personal work of male bureaucrats—less as efficient automatons and more as highly fallible humans—crafting national anxieties with the paintbrush of girl-cute in Japan."