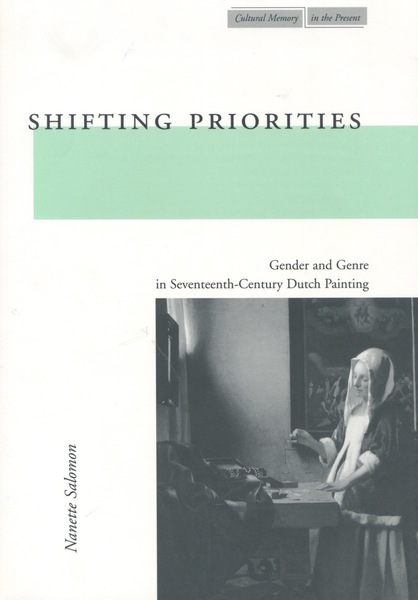 This ground-breaking book offers the first sustained examination of Dutch seventeenth-century genre painting from a theoretically informed feminist perspective. Other recent works that deal with images of women in this field maintain the paradoxical combination of seeing the images as positivist reflections of “life as it was” and as emblems of virtue and vice. These reductionist practices deprive the works of their complex nature and of their place in visual culture, important frameworks that the book attempts to restore to them. Salomon expands the possibilities for understanding both familiar and unfamiliar paintings from this period by submitting them to a wide range of new and provocative questions. Paintings and prints from the first half of the century through to the second are analyzed to understand the changing social roles and values attributed to the sexes as they were introduced and reflected in the visual arts.

Nanette Salomon is Professor of the History of Art at the College of Staten Island of the City University of New York.

"This book will take a place at the forefront of studies of Dutch genre painting and of feminist art history and visual culture, setting new paradigms for these fields. Shifting Priorities is a sophisticated work of sustained originality, sharp intelligence, and sure judgments of how paintings operated as a negotiation of social discourses, historical shifts, and relations of both class and gender."

"With an emphasis on methodological shifts, this book adds a distinctive voice to the recent outpouring of publications on Dutch genre painting. As a focused historiography of some of the changes that continue to alter the scholarship of Netherlandish art, Shifting Priorities demonstrates how intellectually lively and contested our terrain remains."