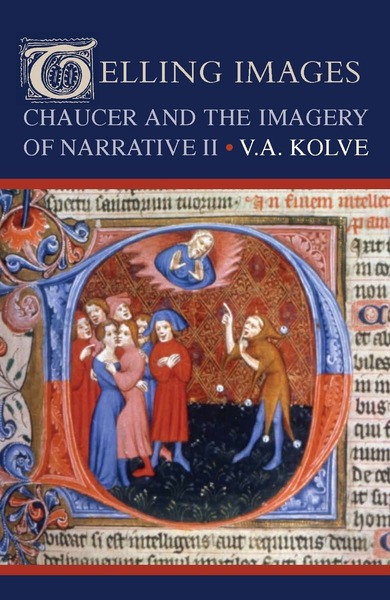 Winner of the 2010 Christian Gauss Award, sponsored by the Phi Beta Kappa.

Telling Images investigates certain symbolic traditions in Geoffrey Chaucer's major poetry and their relationship to the visual culture of his time. With more than 150 illustrations, it continues an inquiry begun in the author's prize-winning study, Chaucer and the Imagery of Narrative: The First Five Canterbury Tales. Here, intensive readings of Troilus and Criseyde, The Legend of Good Women, and four more Canterbury Tales focus once again on imagery created by narrative itself—not on passing metaphors or similes, but on the images we create in our minds as we imagine the action of a story. Their suggestive likeness to images embedded in yet other texts, realized in illuminated manuscripts and other visual arts of the age, is shown to ground and enrich our reading of these poems.

V.A. Kolve is Distinguished Professor Emeritus of English at UCLA. One of America's foremost Chaucer scholars, he is the co-editor of the Norton Critical Edition of Chaucer's Canterbury Tales (1989; Second Edition, 2005). He has served as President of the Medieval Academy of America, as President of the International New Chaucer Society, and is a Fellow of the American Academy of Arts and Sciences.

"Telling Images is the work of a master of the field, whose command of medieval iconography is profound and whose sense of Chaucer's poetry emerges from a lifetime dedicated to teaching his work."

"[R]ichly illustrated and beautifully written . . . [M]edieval scholars of all stripes, especially those who teach and write about Chaucer, will surely want this book on their shelves to take down whenever they need an image to support a point or a fresh lesson in how to visualize memorable scenes in the work of Chaucer."

"[T]his collection of previously far-flung essays and its consolidation through substantial additional material amounts to a volume which every university library and every serious Chaucerian will want to acquire. Even those who are skeptical about Kolve's reliance on visual topoi will find here, once again, profound interpretations of Chaucer's writings that are to be reckoned with."

"V. A. Kolve has gained an international reputation as one of our most astute interpreters of the complex interchanges in the later 13th through early 16th century between verbal and visual artifacts. Chaucer and the Imagery of Narrative II has been long in coming, but even the earliest essays in it refresh and make green poetry one may have thought one knew only too well. And for beginning students, it will open the grand medieval treasure house once again."

"This collection aptly complements that earlier volume and offers new insights and perspectives on the analyses and scholarship it offered. Engaging and informative, this collection has much to offer to anyone interested in Chaucer or medieval literature and culture . . . Highly recommended."

"V. A. Kolve has been one of those scholars, a few of whom happily grace every generation, whose work has shifted the center of gravity of medieval literary study. Twenty-five years ago, Chaucer and the Imagery of Narrative revolutionized our sense of the possibilities of iconographic analysis as applied to the work of medieval England's greatest poet. Now these wide-ranging essays in Telling Images expand yet further his exciting investigations of the subtle commerce of word and image. And in this brilliant book, as in everything Kolve has written, the power of striking ideas is everywhere amplified by the power of an artful and responsible prose."

"Kolve's work is highly individual and extremely difficult to model, marked by a deep thoughtfulness and a unique combination of daring and caution." 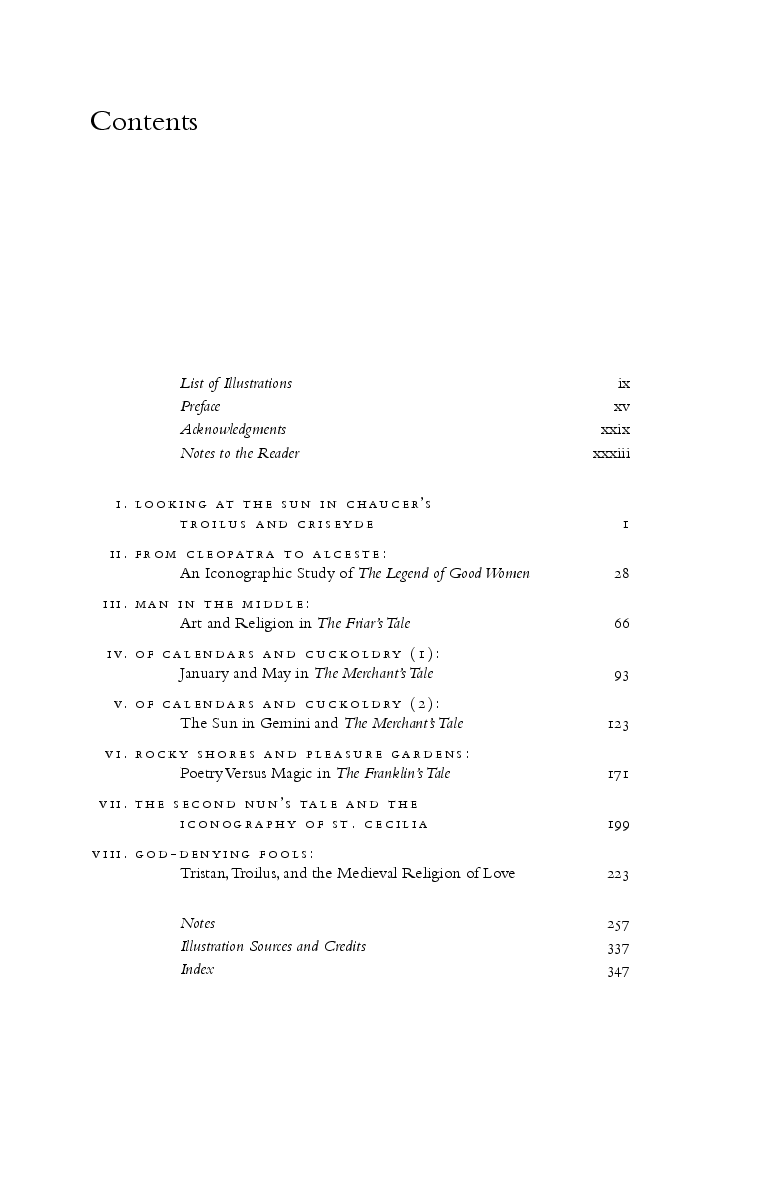