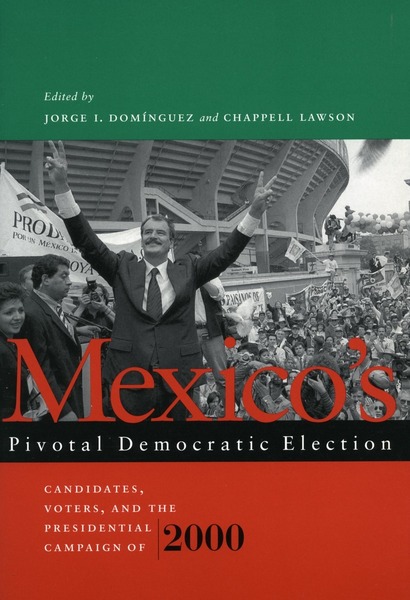 Mexico’s Pivotal Democratic Election
Candidates, Voters, and the Presidential Campaign of 2000
Edited by Jorge I. Domínguez and Chappell H. Lawson

The 2000 Mexican presidential race culminated in the election of opposition candidate Vicente Fox and the end of seven decades of one-party rule. This book, which traces changes in public opinion and voter preferences over the course of the race, represents the most comprehensive treatment of campaigning and voting behavior in an emerging democracy. It challenges the “modest effects” paradigm of national election campaigns that has dominated scholarly research in the field.

Jorge I. Domínguez is the Director of the Weatherhead Center for International Affairs at Harvard University. Chappell H. Lawson is Associate Professor of Political Science at MIT.

"Dominguez and Lawson's book fills an important gap in the systematic, analytical, empirical, and theoretical study of Mexican electoral politics."