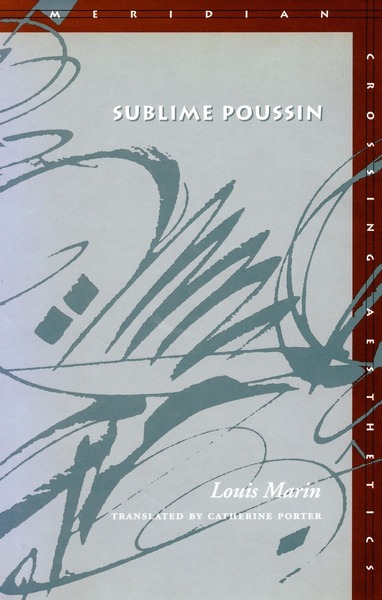 "Art history and art theory are inseparable. A history of art can be achieved only through the simultaneous construction of a theory of art." These words of the eminent scholar and critic Louis Marin suggest why he considered the paintings and the writings of Nicolas Poussin (1594-1665), painter and theoretician of painting, an enduring source of inspiration. Poussin was the artist to whom Marin returned most faithfully over the years. Since Marin did not live to write his proposed book on Poussin, the ten major essays in this volume will remain his definitive statement on the painter who inspired his most eloquent and probing commentary.

At the center of Marins inquiry into Poussins art are the theory and practice of "reading" paintings. Rather than explicate Poussins work through systematic textual and iconographic analysis, he sets out to explore a cluster of speculative questions about the meaning of pictorial art: Can painting be a discourse? If so, how can that discourse be deciphered? Marins horizon for interpreting Poussin depends more on the concepts of aesthetic philosophy and the insights of cultural history than on an account of the painters career or his relationship with his artistic predecessors. For example, he positions several of Poussins best-known landscapes with respect both to French seventeenth-century debates on the question of the sublime and to the philosophical tradition of reflection on the sublime.

Among the topics Marin studies are the tempest as a major figure of the sublime in Poussins work, the presence of ruins in the paintings, Poussins use of the concept of metamorphosis, and the frequent presence of sleeping bodies in the work. The Poussin who emerges in these essays is preeminently a philosopher-artist whose painterly discourse embodies the limits of thought and of representation.

"[Marin's] mandarin prose, as foreign to our age of mass culture as Poussin's paintings, seems as self-sufficient as the strangely in accessible art it so beautifully describes."