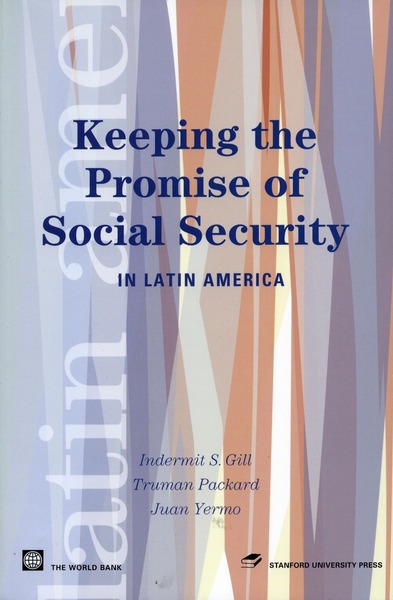 Empirical analysis of two decades of pioneering pension and social security reform in Latin America and the Caribbean shows that much has been achieved, but that critical challenges remain. In tackling the unfinished agenda, a great deal can be learned from the reform experience of countries in the region. Keeping the Promise, produced by the chief economist's office in the Latin America and Caribbean Region at the World Bank, evaluates policy reforms in twelve countries, points to successes and shortcomings, and proposes priorities and options for future reform. The authors argue that poverty in old age can be prevented by relentless efforts to extend coverage to broader segments of society, and by encouraging personal savings.

"A heavyweight analysis of the Latin American pension revolution, which raises important questions about the optimal scale of compulsory saving when redesigning pension systems."

"Although it maintains the fundamental principles of Averting the Old Age Crisis, published by the World Bank in 1994, Keeping the Promise takes a fresh look at the outcome of structural pension reforms implemented in 12 Latin American countries during the 1990s, and proposes new, sometimes bold policies. This is an important and controversial book that must be read by experts on pensions, social security, and Latin America."

"Keeping the Promise is not a typical World Bank book on pensions. From a welcome emphasis on the individual and on the primary importance of poverty relief, this volume builds on careful analytics and new empirical evidence to document the successes and failures of pension systems in Latin America. The conclusions are well-argued, clear, and—given their origins—striking."