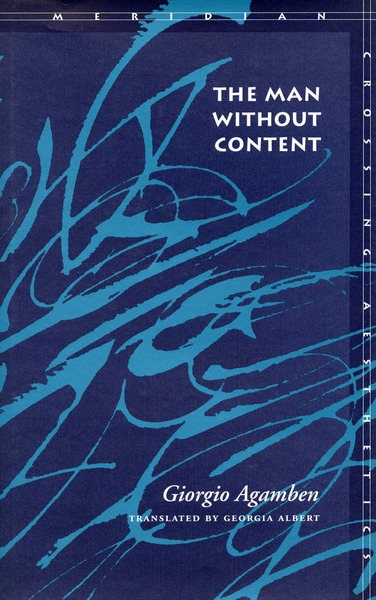 In this book, one of Italy's most important and original contemporary philosophers considers the status of art in the modern era. He takes seriously Hegel's claim that art has exhausted its spiritual vocation, that it is no longer through art that Spirit principally comes to knowledge of itself. He argues, however, that Hegel by no means proclaimed the "death of art" (as many still imagine) but proclaimed rather the indefinite continuation of art in what Hegel called a "self-annulling" mode.

With astonishing breadth and originality, the author probes the meaning, aesthetics, and historical consequences of that self-annulment. In essence, he argues that the birth of modern aesthetics is the result of a series of schisms—between artist and spectator, genius and taste, and form and matter, for example—that are manifestations of the deeper, self-negating yet self-perpetuating movement of irony.

Through this concept of self-annulment, the author offers an imaginative reinterpretation of the history of aesthetic theory from Kant to Heidegger, and he opens up original perspectives on such phenomena as the rise of the modern museum, the link between art and terror, the natural affinity between "good taste" and its perversion, and kitsch as the inevitable destiny of art in the modern era. The final chapter offers a dazzling interpretation of Dürer's Melancholia in the terms that the book has articulated as its own.

The Man Without Content will naturally interest those who already prize Agamben's work, but it will also make his name relevant to a whole new audience—those involved with art, art history, the history of aesthetics, and popular culture.