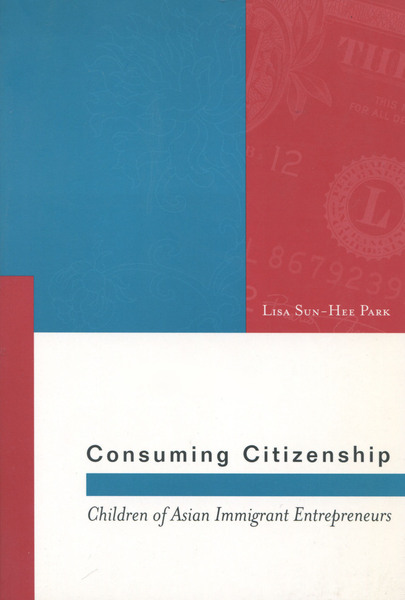 Co-Winner of the the 2006 Book of the Year Award, sponsored by the ASA Section on Asia and Asian America.

The American immigrant entrepreneur has played a central role in projecting the American ideology of meritocracy and equality. The children of these immigrants are seen as evidence of an open society. While it appears that these children have readily adapted to American culture, questions remain as to why second-generation Asian Americans feel compelled to convince others of their legitimacy and the way they go about asserting their citizenship status.

Extending our understanding of such children beyond the traditional emphasis on assimilation, the author argues that their consumptive behavior is a significant expression of their paradoxical position as citizens who straddle the boundaries of social inclusion and exclusion.

Lisa Sun-Hee Park is Assistant Professor in the Ethnic Studies Department and the Urban Studies and Planning Program at the University of California, San Diego. She is co-author of The Silicon Valley of Dreams: Environmental Injustice, Immigrant Workers, and the High-tech Global Economy (2002). 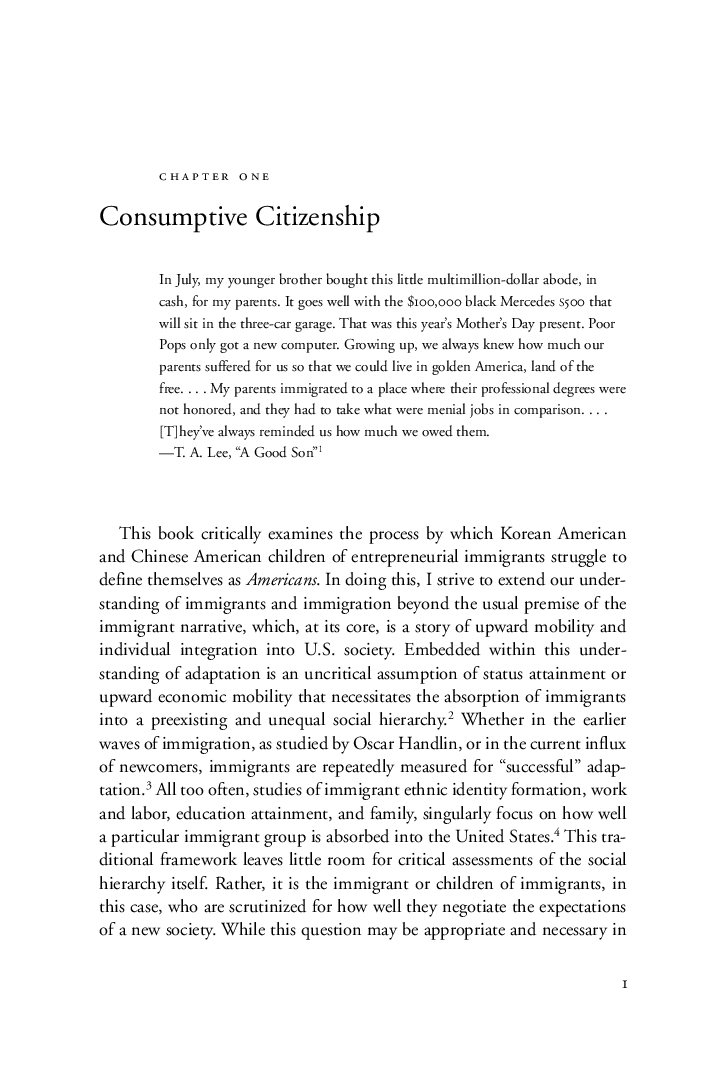 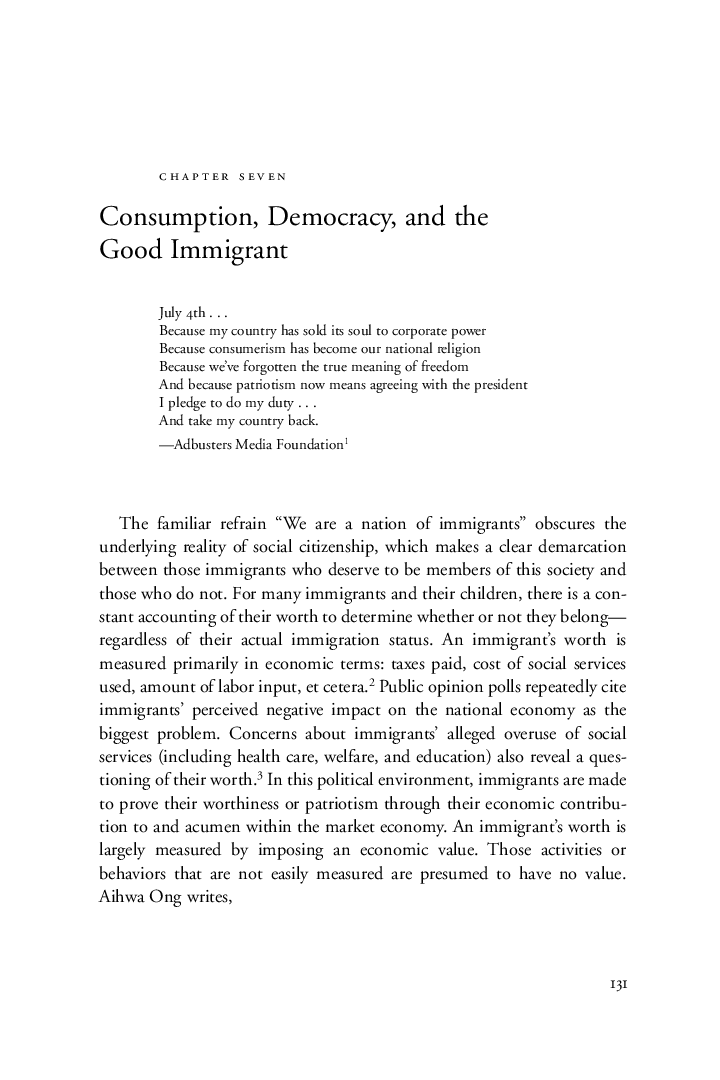 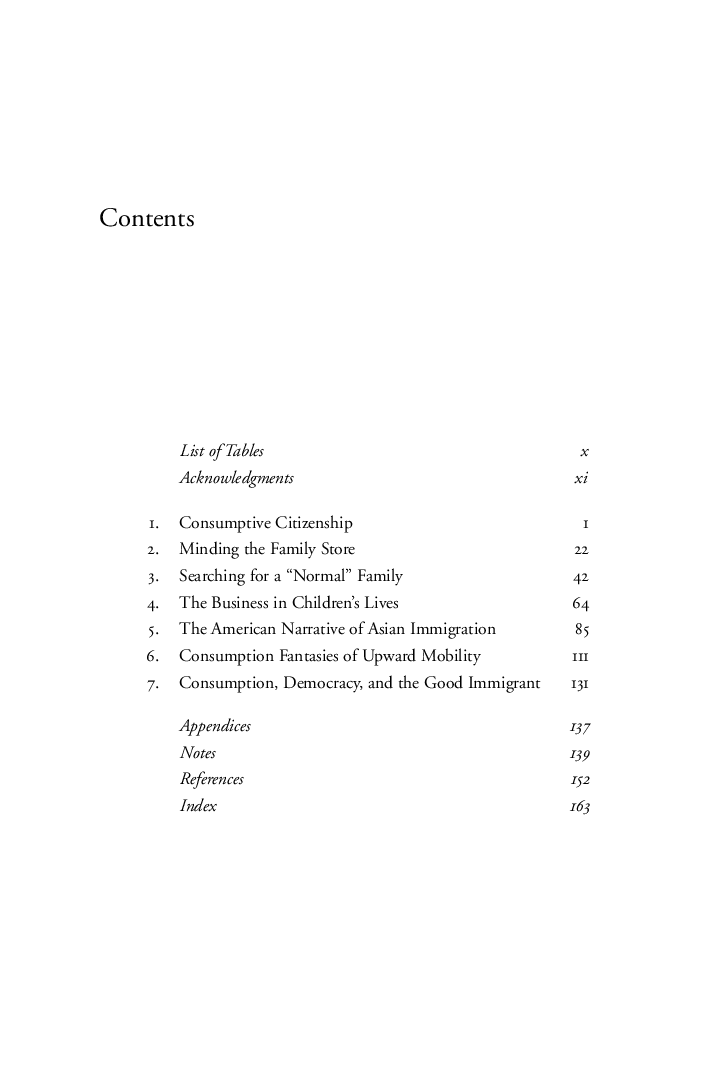