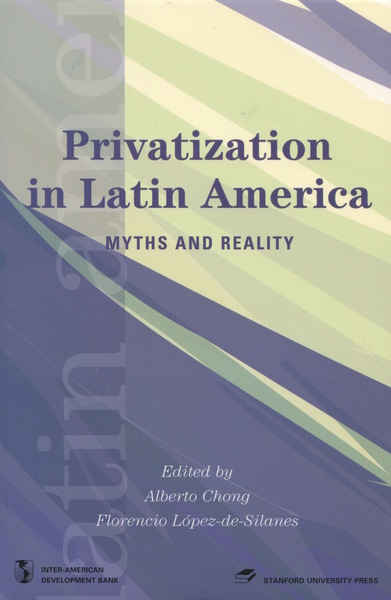 Alberto Chong is a researcher at the Inter-American Development Bank (IADB). Florencio Lopez de Silanes is a Professor at the Yale School of Management and is a researcher with the National Bureau of Economic Research (NBER).

"Unusually coherent for an edited volume, the book is impressive in its wealth of data and its careful, thorough empirical analyses, which control for several confounding factors."

"Nineteen Latin American Economists present a powerful, well-documented case that the privatization of state-owned enterprises has been a regional success story, popular perceptions notwithstanding. . . . This accessible, state-of-the-art collection will be valuable reading to students of privatization worldwide."