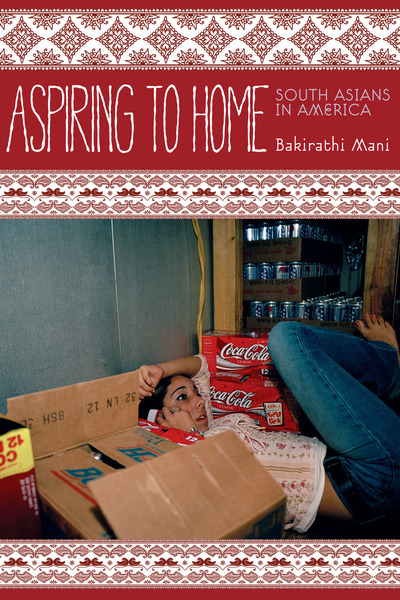 What does it mean to belong? How are twenty-first-century diasporic subjects fashioning identities and communities that bind them together? Aspiring to Home examines these questions with a focus on immigrants from India, Pakistan, and Bangladesh. Advancing a theory of locality to explain the means through which immigrants of varying regional, religious, and linguistic backgrounds experience what it means to belong, Bakirathi Mani shows how ethnicity is produced through the relationship between domestic racial formations and global movements of class and capital.

Aspiring to Home focuses on popular cultural works created by first- and second-generation South Asians from 1999–2009, including those by author Jhumpa Lahiri and filmmaker Mira Nair, as well as public events such as the Miss India U.S.A. pageant and the Broadway musical Bombay Dreams. Analyzing these diverse productions through an interdisciplinary framework, Mani weaves literary readings with ethnography to unravel the constraints of form and genre that shape how we read diasporic popular culture.

Bakirathi Mani is Associate Professor in the Department of English Literature at Swarthmore College.

"It is essential reading for scholars interested in diaspora, immigrant community formation, transnational migration, Asian American studies, and applications of post-colonial theory. . . . I highly recommend the entire book for graduate seminars focusing on migration and diaspora."

"Working with a truly innovative archive, Mani compellingly argues that merely 'adding on' South Asians to the litany of ethnic and national-origin identifications that circulate under 'Asian America' is thoroughly inadequate to pursuing the study of racialization in ways that take seriously the intimacy and depth of the relationship between the local and the global. —Kandice Chuh, CUNY/The Graduate Center

"An important contribution to the burgeoning field of South Asian American studies, Bakirathi Mani's Aspiring to Home easily traverses a range of cultural practices, moving seamlessly between genres (literature, film, performance) and methodologies (textual analysis, ethnography). Mani compelling transforms our understanding of seemingly transparent assimilationist narratives produced by South Asian Americans in the US. These contradictions, for Mani, point to the ways in which middle class South Asian Americans both collude with and renegotiate dominant notions of belonging in multiple national spaces. Thus Mani argues that we must reconceptualize Asian American studies beyond a familiar mapping of US colonialism in East and South East Asia, and the Pacific Islands, but simultaneously through US and British imperial interests in South Asia." 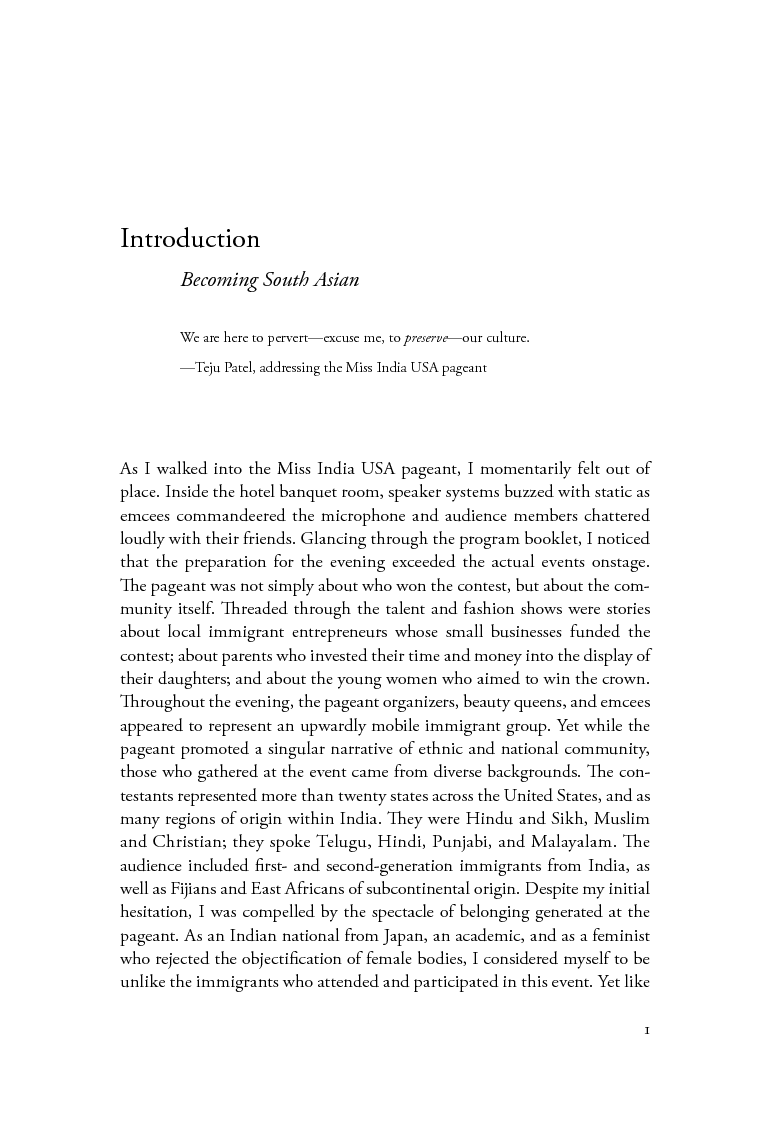 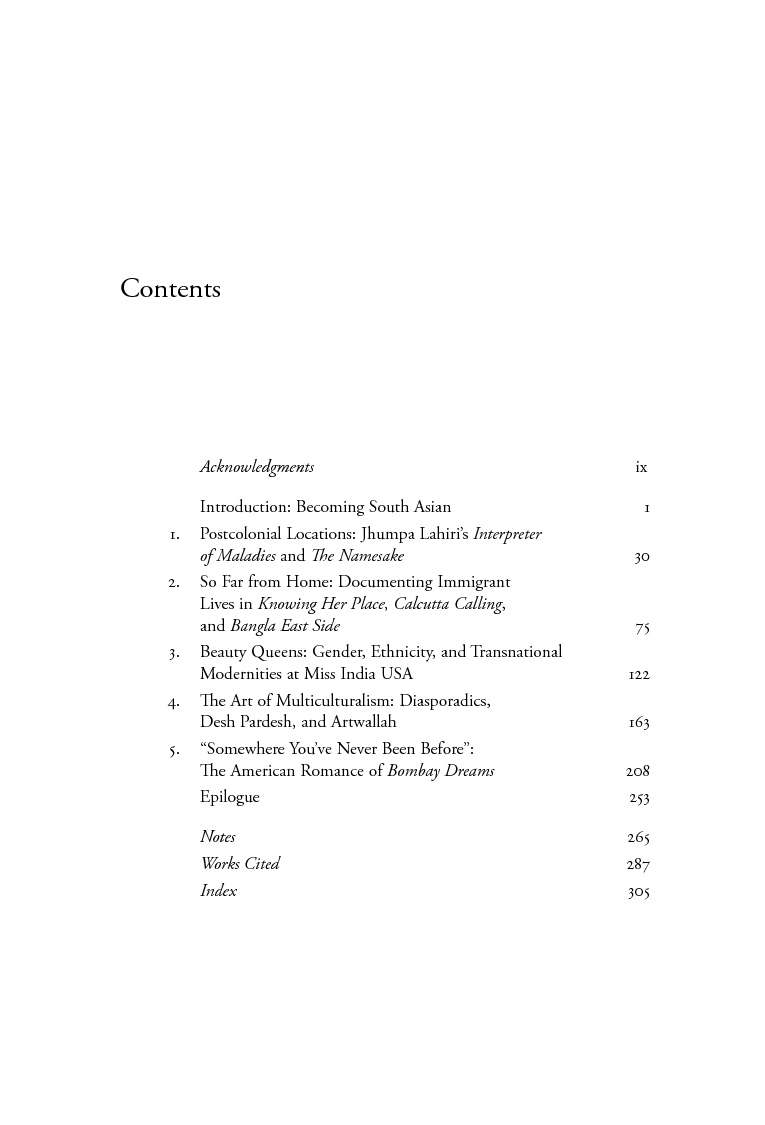