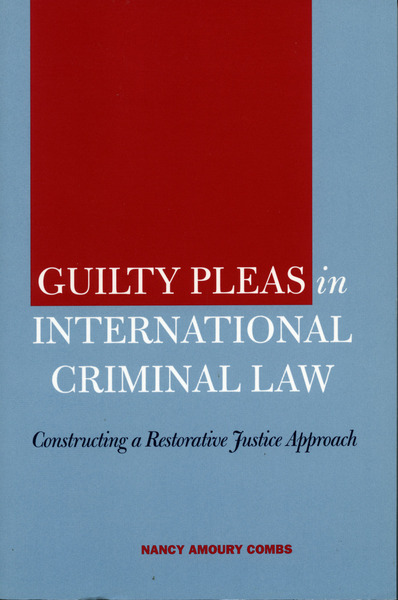 International crimes, such as genocide and crimes against humanity, are complex and difficult to prove, so their prosecutions are costly and time-consuming. As a consequence, international tribunals and domestic bodies have recently made greater use of guilty pleas, many of which have been secured through plea bargaining. This book examines those guilty pleas and the methods used to obtain them, presenting analyses of practices in Sierra Leone, East Timor, Cambodia, Argentina, Bosnia, and Rwanda.

Although current plea bargaining practices may be theoretically unsupportable and can give rise to severe victim dissatisfaction, the author argues that the practice is justified as a means of increasing the proportion of international offenders who can be prosecuted. She then incorporates principles drawn from the domestic practice of restorative justice to construct a model guilty plea system to be used for international crimes.

"Combs skillfully introduces the subject of plea bargaining as a process that can resolve, or at least mitigate, the problems facing efforts to bring to justice the perpetrators of crimes against humanity. Time and time again, Guilty Pleas furthers the goals of restorative justice in an innovative and insightful fashion."

"Guilty Pleas builds on the tension between the rights of victims to see perpetrators brought to justice and modern concepts of restorative justice. Combs sets out an eloquent case for a plea bargaining approach, derived from experience before national courts."

"Combs has produced the first definitive treatment of the controversial issue of plea bargaining in cases involving the gravest crimes known to humankind. This meticulously researched and superbly written book is essential reading for anyone working or writing in international criminal law." 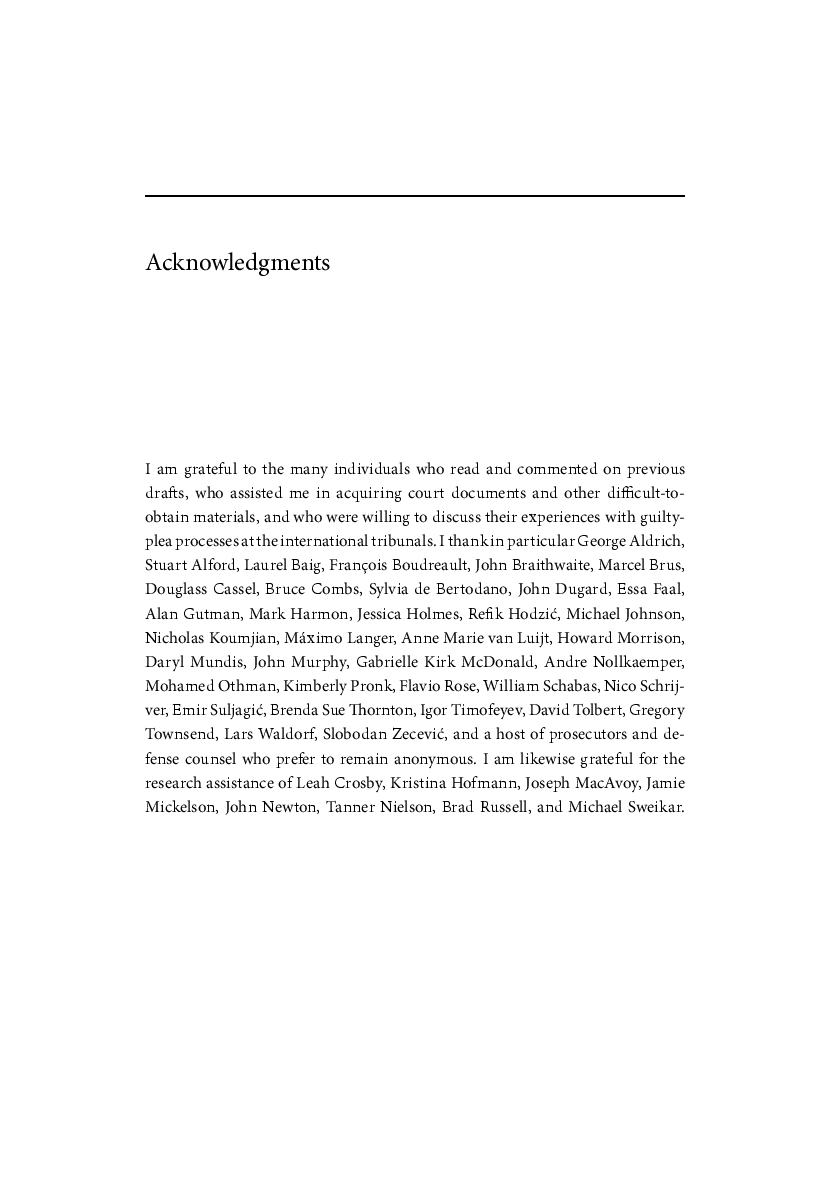 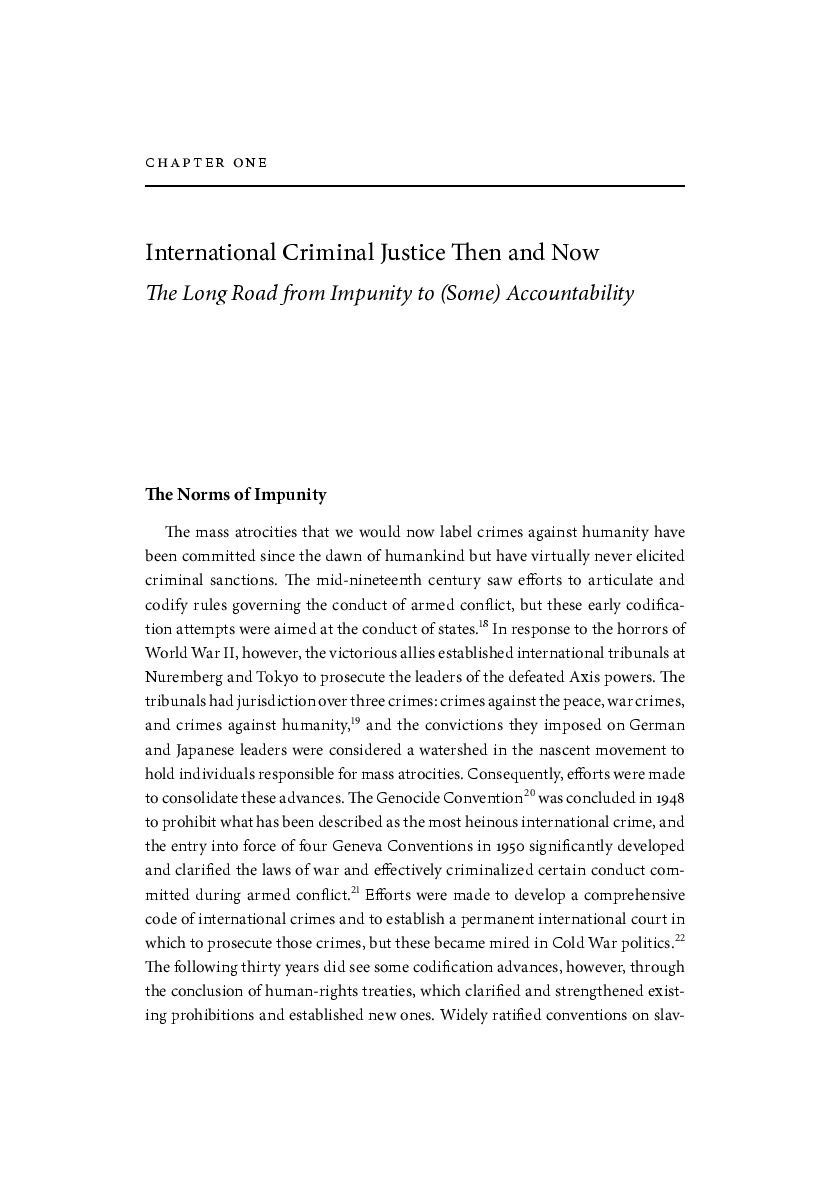 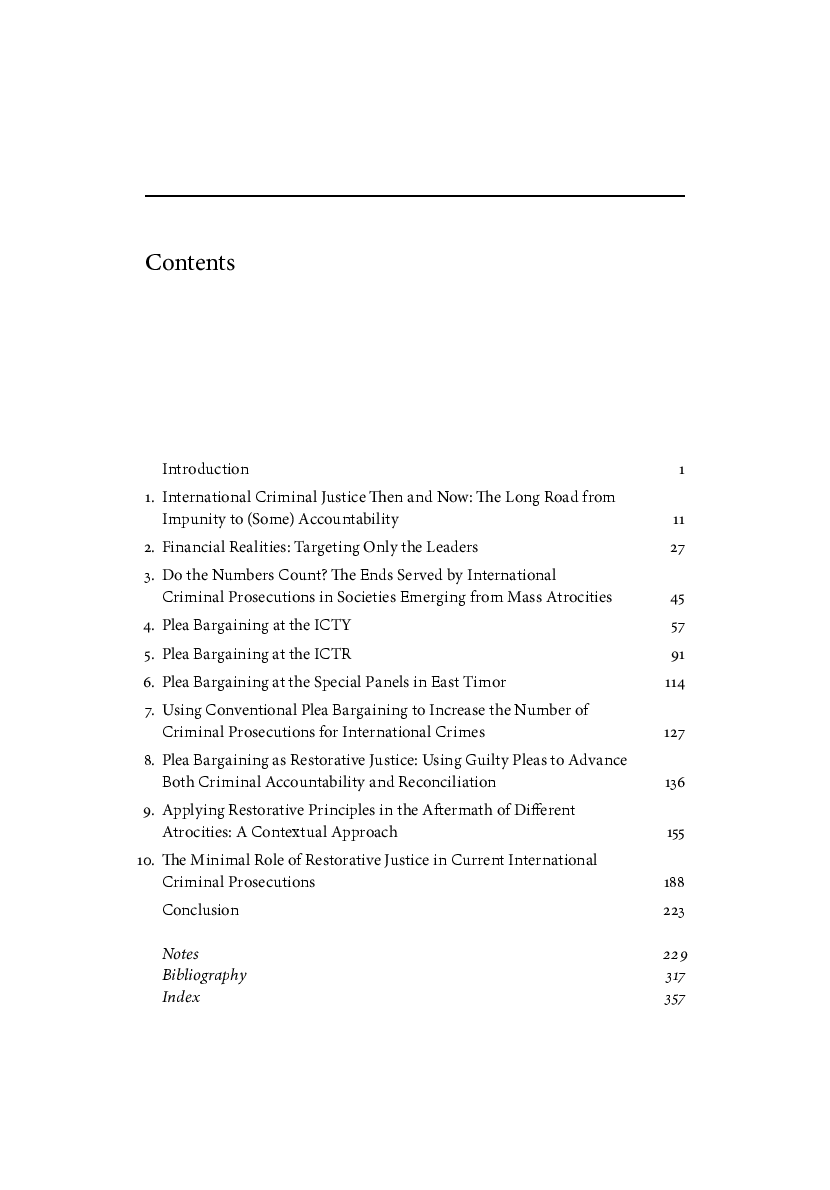