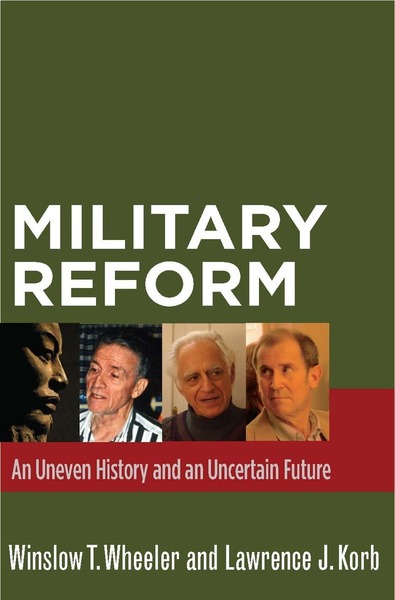 By reference to the fundamental strengths and weaknesses of America's armed forces, Wheeler and Korb establish a definition of what genuine military reform is and is not, and identify what really needs to be done to transform our military. They compare genuine reform with "cosmetic dabbling"—that improves nothing and often burdens US combat forces to the point of mental and physical immobility.

They focus particularly on the reforms advocated by a small group in Congress and the Pentagon in the 1980s, revealing how these reforms have fundamentally altered the ways in which the Department of Defense designs and buys hardware, and how our armed forces fight. The book uses Operations Desert Storm and Iraqi Freedom—and the subsequent insurgency in Iraq—to demonstrate what has been reformed in the US armed forces and the Department of Defense, and what has not.

Winslow T. Wheeler worked on national security issues for 31 years for members of the U.S. Senate and for the U.S. General Accounting Office. Lawrence J. Korb is a Senior Fellow at the Center for American Progress and a Senior Adviser to the Center for Defense Information.

"A serious-minded, number-crunching, cost-conscious analysis. . . . highly recommended for military history and studies shelves, and a 'must-read' for anyone involved in overseeing military operations or structure."