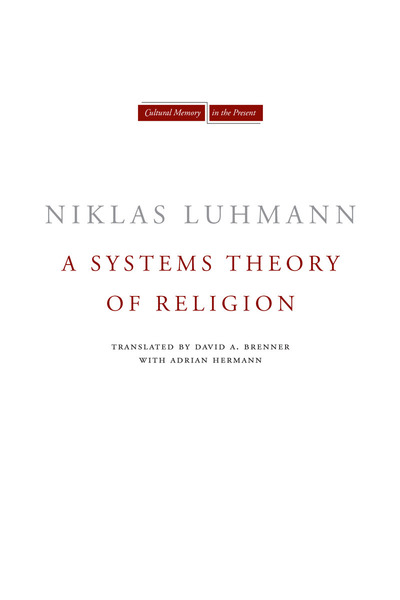 A Systems Theory of Religion
Niklas Luhmann Edited by André Kieserling Translated by David A. Brenner with Adrian Hermann
SERIES: Cultural Memory in the Present

A Systems Theory of Religion, still unfinished at Niklas Luhmann's death in 1998, was first published in German two years later thanks to the editorial work of André Kieserling. One of Luhmann's most important projects, it exemplifies his later work while redefining the subject matter of the sociology of religion. Religion, for Luhmann, is one of the many functionally differentiated social systems that make up modern society. All such subsystems consist entirely of communications and all are "autopoietic," which is to say, self-organizing and self-generating. Here, Luhmann explains how religion provides a code for coping with the complexity, opacity, and uncontrollability of our world. Religion functions to make definite the indefinite, to reconcile the immanent and the transcendent.

Synthesizing approaches as disparate as the philosophy of language, historical linguistics, deconstruction, and formal systems theory/cybernetics, A Systems Theory of Religion takes on important topics that range from religion's meaning and evolution to secularization, turning decades of sociological assumptions on their head. It provides us with a fresh vocabulary and a fresh philosophical and sociological approach to one of society's most fundamental phenomena.

Niklas Luhmann (1927-1998), Professor of Sociology at the University of Bielefeld, was one of the most eminent social theorists of the last decades of the twentieth century. Stanford University Press has published a number of his books: Social Systems (1995), Observations on Modernity (1998), Love as Passion: The Codification of Intimacy (1998), Art as a Social System (2000), The Reality of the Mass Media (2000), Theories of Distinction: Redescribing the Descriptions of Modernity (2002), and Theory of Society, Volume 1 (2012).

"This posthumously published book by Niklas Luhmann is arguably one of the most important works in the sociology and philosophy of religion of the last hundred years. It can only be compared in significance and scope to the works of Rudolf Otto, Mary Douglas, René Girard, Émile Durkheim, Max Weber, and Claude Lévi-Strauss. It is not just original, but also generative and indispensable: future discussions will have to refer to it, and it will become de rigueur and uncircumventable."

"Don't be afraid: this book does not preach atheism. This book is not about the existential concerns of one individual. Rather, it approaches religion as a system as vital to society as those of the economy, law, and love. Luhmann shows what makes religion unique to society, its special capacity to guarantee meaning even when meaning defies obvious verification. This book is a further step in Luhmann's general theory of society, a theory that remains unsurpassed as an approach to our times." 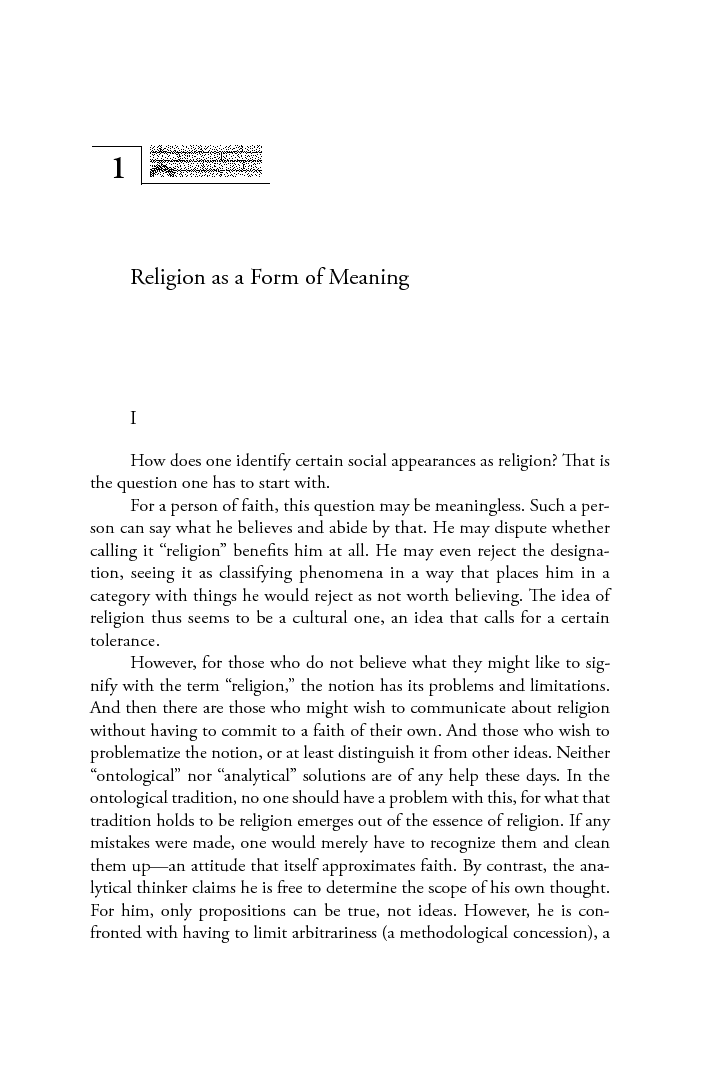 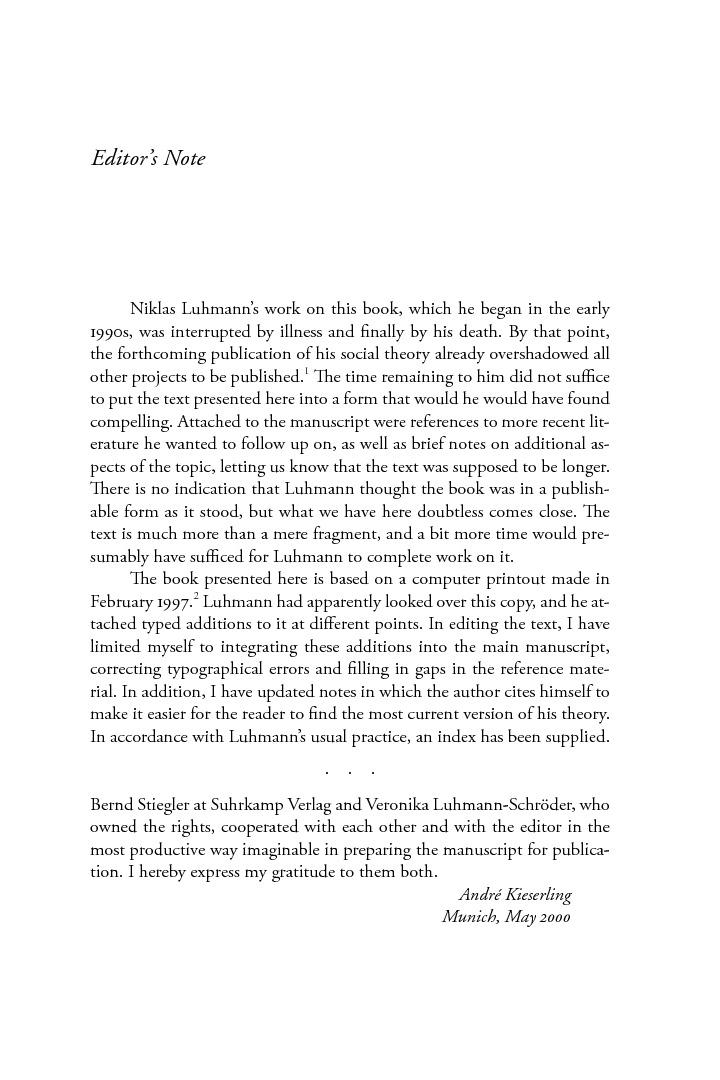 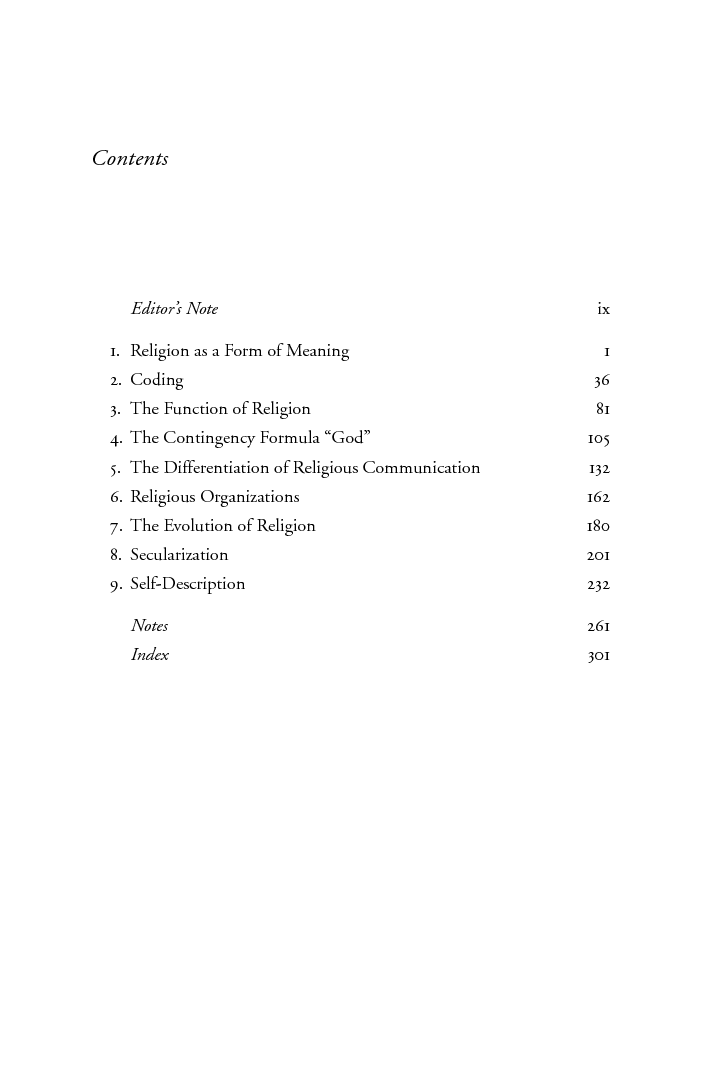