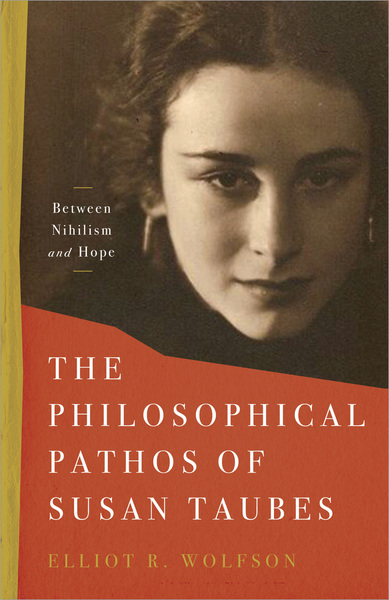 The Philosophical Pathos of Susan Taubes offers a detailed analysis of an extraordinary figure in the twentieth-century history of Jewish thought, Western philosophy, and the study of religion. Drawing on close readings of Susan Taubes's writings, including her correspondence with Jacob Taubes, scholarly essays, literary compositions, and poems, Elliot R. Wolfson plumbs the depths of the tragic sensibility that shaped her worldview, hovering between the poles of nihilism and hope.

By placing Susan Taubes in dialogue with a host of other seminal thinkers, Wolfson illumines how she presciently explored the hypernomian status of Jewish ritual and belief after the Holocaust; the theopolitical challenges of Zionism and the dangers of ethnonationalism; the antitheological theology and gnostic repercussions of Heideggerian thought; the mystical atheism and apophaticism of tragedy in Simone Weil; and the understanding of poetry as the means to face the faceless and to confront the silence of death in the temporal overcoming of time through time. Wolfson delves into the abyss that molded Susan Taubes's mytheological thinking, making a powerful case for the continued relevance of her work to the study of philosophy and religion today.

Elliot R. Wolfson is Marsha and Jay Glazer Endowed Chair in Jewish Studies and Distinguished Professor of Religion at the University of California, Santa Barbara. His previous books include Suffering Time: Philosophical, Kabbalistic, and Ḥasidic Reflections on Temporality (2021), Heidegger and Kabbalah: Hidden Gnosis and the Path of Poiēsis (2019), and The Duplicity of Philosophy's Shadow: Heidegger, Nazism, and the Jewish Other (2018).

"This fascinating book discloses a brilliant portrait of 'a forlorn being,' as Susan Taubes called herself. In letting us eavesdrop on her astonishing thinking, Wolfson writes with a poetic lucidity—and a passion—worthy of his subject."